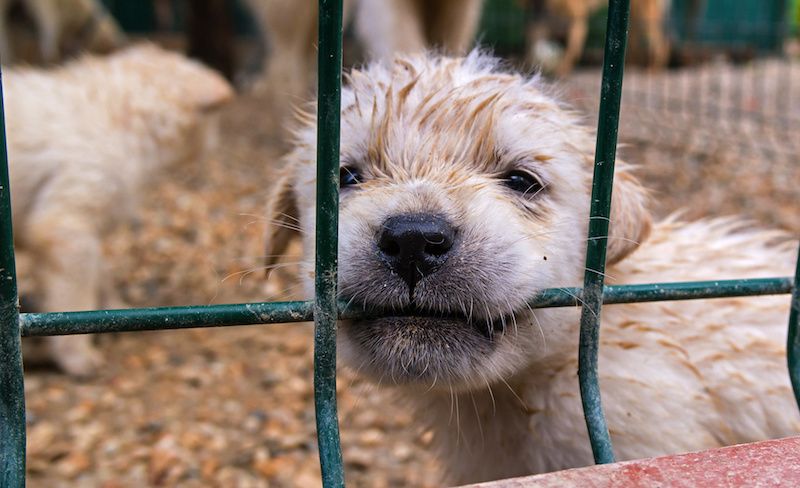 Dogs and cats forced to live in puppy or kitten mills endure miserable lives. Kept in filthy, crowded cages and often forced to eat and sleep in their own excrement, they suffer ailments like heart and respiratory disease, and are unable to run, play or perform the other natural behaviors they crave.

Females are constantly pregnant or giving birth; when a mother dog is no longer able to breed, she will be slaughtered or dumped.

There are an estimated 10,000 puppy mills in the US, and most animals purchased from pet stores are supplied by these hell holes.

The city of Atlanta, Georgia has a chance to help put an end to puppy and kitten mills, with the recent introduction of a bill that proposes banning the retail sale of cats and dogs from this cruel industry.

If the legislation is passed, pet shops would only be allowed to offer rescued cats and dogs for adoption, sparing countless animals from suffering.

UPDATE: Great news! With a 14-0 vote, Atlanta has become the ninth city in Georgia to ban cruel puppy mills, prohibiting the retail sale of cats and dogs. Thank you to the 20,000 compassionate supporters who signed this petition, giving a voice to the voiceless.