SIGN: Justice for Yellowstone’s Most Beloved Wolf, Gunned Down by Trophy Hunter 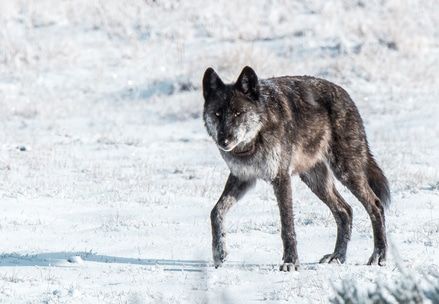 A well-known, gorgeous female wolf was mercilessly gunned down by a trophy hunter as she left the protected boundaries of Yellowstone National Park last week.

The gray wolf — known by her catalog number 926F — was extremely popular with visitors to the park, who knew her affectionately as ‘Spitfire.’

This beautiful seven-year-old wolf had lived a challenging life; her famous mother was killed by hunters in 2012, numerous mates were killed or died over the years, she lost litters of puppies and was eventually displaced as the alpha wolf. She was a gutsy survivor whose life was tragically cut short for sport.

Although hunting is not permitted within the national park, outside the borders it is legal, with several hundred wolves “harvested” by trophy hunters every year.

Because many of the 100 wolves within the park are habituated to humans, it’s particularly easy for hunters to approach and pick them off.

Sign this petition urging the Montana Department of Fish, Wildlife and Parks to ban trophy hunting near Yellowstone National Park, so these incredible animals are protected from needless killing.