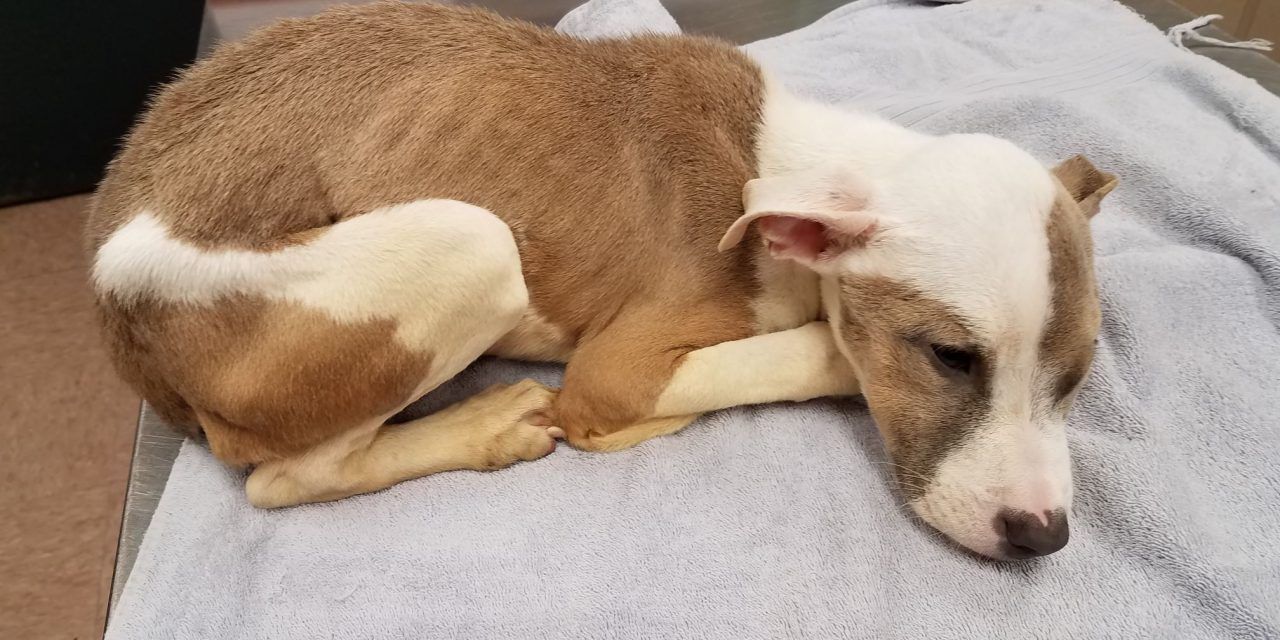 UPDATE (10/13/2019): City Court Judge Robert Balbick sentenced Brandon J. Welch to two months in Genesee County Jail, and a total of three years probation. Welch is not allowed to own any pets. While we are glad that Welch was sentenced and held accountable for his cruelty, we believe this sentence is too light for the crime committed.

A severely emaciated puppy was found cowering on the side of the road outside of Batavia in Genesee County, N.Y., dehydrated, malnourished, and suffering from painful sores on her paws and tail. Covered in feces and urine, rescuers say it is clear she had been locked in a small crate and neglected for quite some time.

Estimated to be around six months old, this skeletal female could not even stand up when she was found by a kind passerby and taken to the Batavia Police Department.

The person responsible for this cruel act is still at large, and it is now vital that law enforcement track them down and stop them from abusing any more animals.

Sign this petition urging the Genesee County Sheriff’s Office to utilize all of their resources to find Opal’s abuser and prosecute them to the fullest extent of the law.