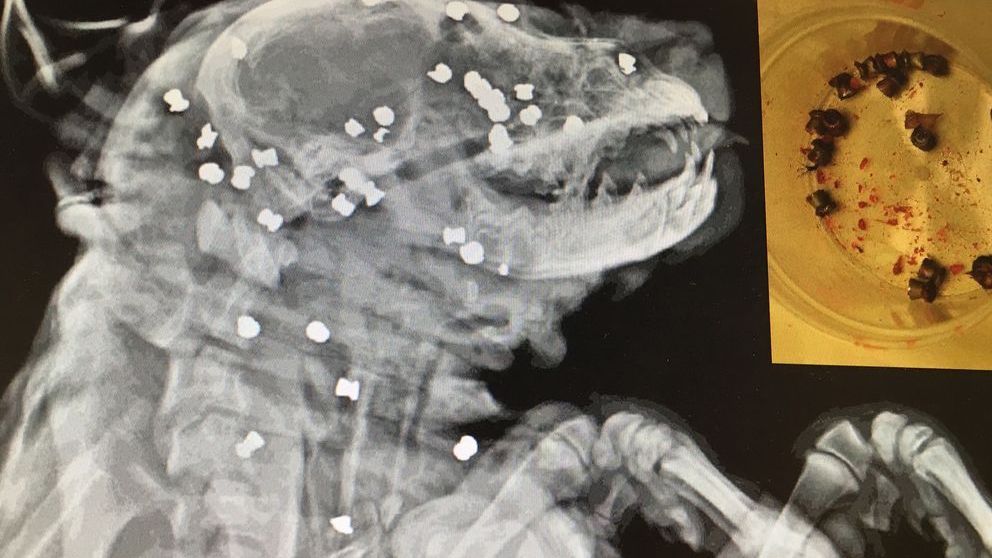 UPDATE (6/9/2022): We sent our petition, signed by more than 23,000 people, to the Swedish Ambassador and Prime Minister urging accountability. Unfortunately, we were not able to obtain additional information about this situation despite multiple checks back. We thank everyone who signed our petition, and we’ll keep doing everything we can for animals. — Lady Freethinker Staff

A man in Uppsala County, Sweden, shot his family’s 10-week-old puppy 40 times with an air rifle before brutally stabbing the injured animal to death in front of his young children.

As the man started to shoot, the terrified puppy tried to hide behind furniture; the man reloaded his weapon and continued to fire, riddling the dog’s tiny body with pellets. When this wasn’t enough to end the innocent puppy’s life, the man took a knife and repeatedly stabbed the dog in the neck and stomach until it died – all while his children looked on in horror.

Shockingly, the killer received a slap on the wrist for this horrific cruelty, showing other potential animal torturers in Sweden they can get away with such crimes. Although he was sentenced to five months in jail, he was let off from serving it – and only had to pay a paltry fine of 6,000 kroner (around $670 USD) for this heinous act.

Sign this petition urging Swedish Ambassador Karin Olofsdotter and Swedish Prime Minister Stefan Löfven to immediately enact stronger protections for animals — to send the message that cruelty will not be tolerated, and to protect other animals from this terrible fate.