SIGN: Justice for Puppies Sadistically Burned Alive In Front of Their Mother 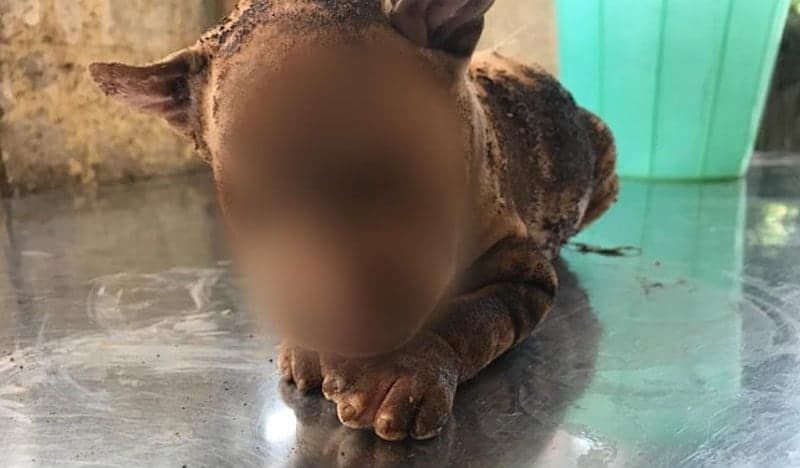 UPDATE (7/11/2022): We sent our petition, signed by more than 30,000 people, to the Neredmet Rachakonda Inspector of Police. Thank you to everyone who spoke up on behalf of these innocent puppies! Unfortunately, despite multiple checks back, we were unable to obtain any additional information about this situation. We’ll continue doing all we can to help animals! —Lady Freethinker Staff

Three puppies were burned to death in a shocking act of cruelty in the city of Hyderabad, India, with a fourth puppy still fighting for its life.

The helpless puppies were reportedly alive and fully conscious when they were set on fire, and a distressing video circulating on Whatsapp shows the puppies’ grief-stricken mother howling over the charred bodies of her burned babies.

A resident who saw this act of torture alerted rescue organization People for Animals (PFA) to the crime. A team member rushed to the scene and managed to remove one puppy from the blaze. The organization has since filed a complaint with local police at the Neredmet Rachakonda police station.

Although police visited the scene of the crime, PFA reports that they have not yet taken any further action in this case, stating that this kind of negligence is normal, with local police repeatedly failing to act against animal abuse.

Sign this petition urging Neredmet Rachakonda Inspector of Police, A. Narsimha Swamy, to fully investigate this gruesome act of cruelty and prosecute the offender to the fullest extent of the law, demonstrating that these horrific crimes will not be accepted or tolerated in the city of Hyderabad.