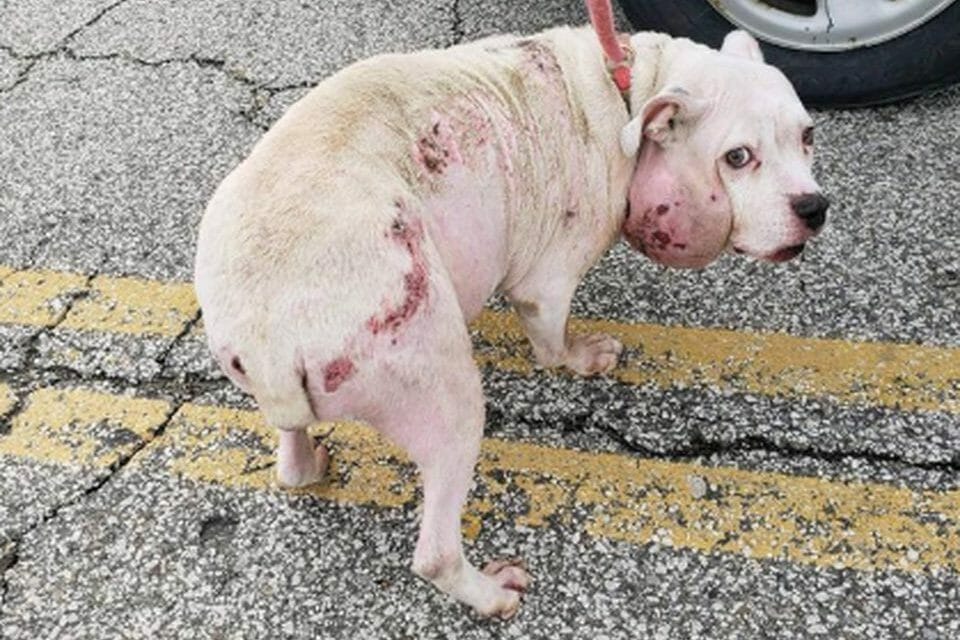 When police in Willoughby, Ohio responded to a call of a dog running loose, they found a cold, terrified pit bull mix who had been heartlessly abandoned for days in freezing weather. Her so-called “guardians” had left her to fend for herself with just a cage and an old, soiled pillow.

In addition to being lonely and cold, the dog — now named Lucy — needed urgent medical attention for a large tumor on her face. Subsequent surgery to remove the tumor was successful, but she has a long road of recovery ahead of her, and the seriousness of her condition is unknown because the biopsy results haven’t come in yet.

Lake County Dog Warden Rodney Shelton confirmed that based on the condition Lucy was found in, she was a victim of neglect.

Lucy’s owners have been identified as Alvaro Torres and Heather Pica Torres. The couple was arrested for fifth-degree felony cruelty to a companion animal and a misdemeanor charge for an unlicensed animal.

It’s now imperative that both individuals involved in this cruel act of animal abuse are held to the highest degree of accountability possible. Sign this petition urging the prosecuting attorney for this case to treat the crime with the severity it deserves, and to call for a lifetime ban on the defendants ever having another animal again. 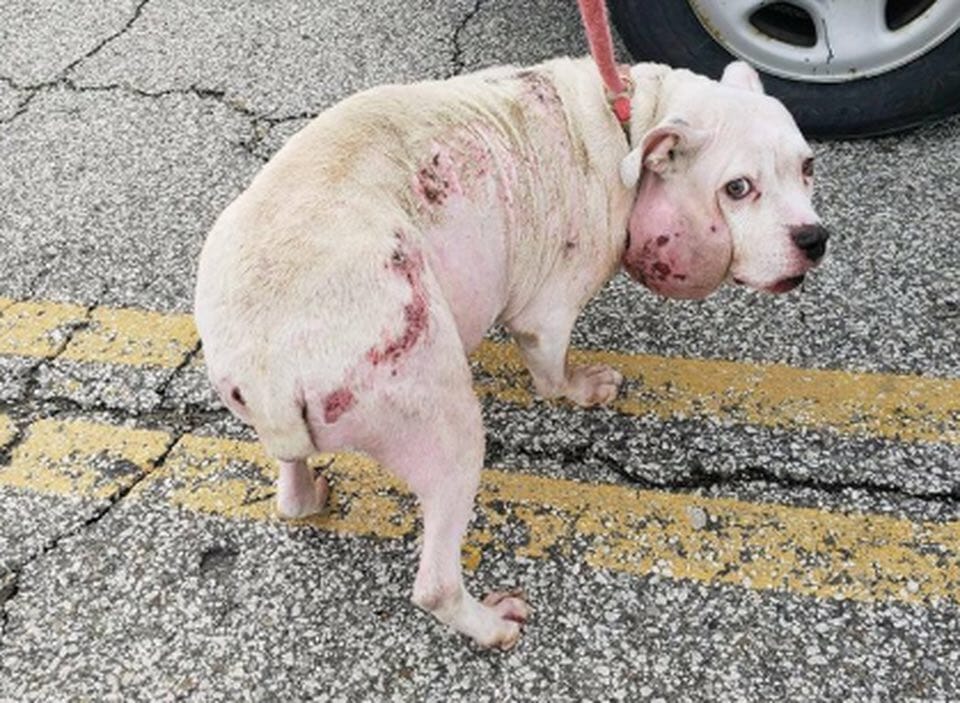