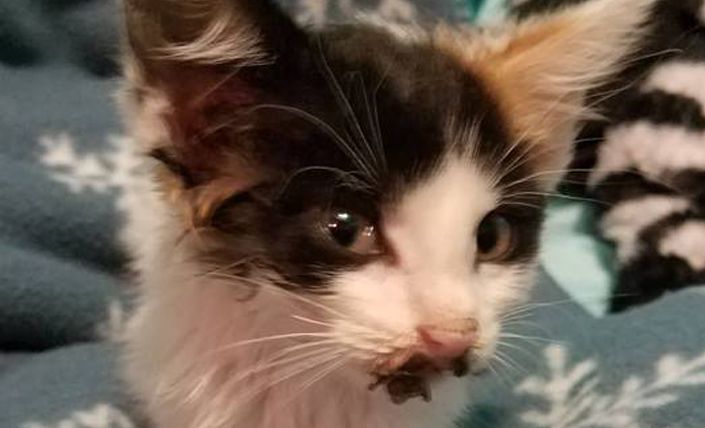 In a shocking case of cruelty, a serial animal torturer in Indiana is gluing the mouths of tiny kittens shut.

President of S.A.F.E. Animal Rescue Chantel Eaton found the first kitten several weeks ago at a gas station in Linton. The kitten’s face and mouth were covered with hard, dried glue – including the inside of her mouth. Extremely weak and suffering suspected neurological damage,  the 5-week-old kitten’s tiny body was so traumatized that she died within 24 hours, despite emergency medical treatment.

One week after this, another “glue kitten” was discovered in nearby Sullivan. Luckily, rescuers found him in time and provided lifesaving treatment.

These two innocent kittens suffered horribly at the hands of an individual who is still at large – a danger to animals and humans.

Sign this petition calling upon the Linton Police Department to find the perpetrator who tortured these kittens. They must bring this person/s to justice and stop them from torturing more animals.