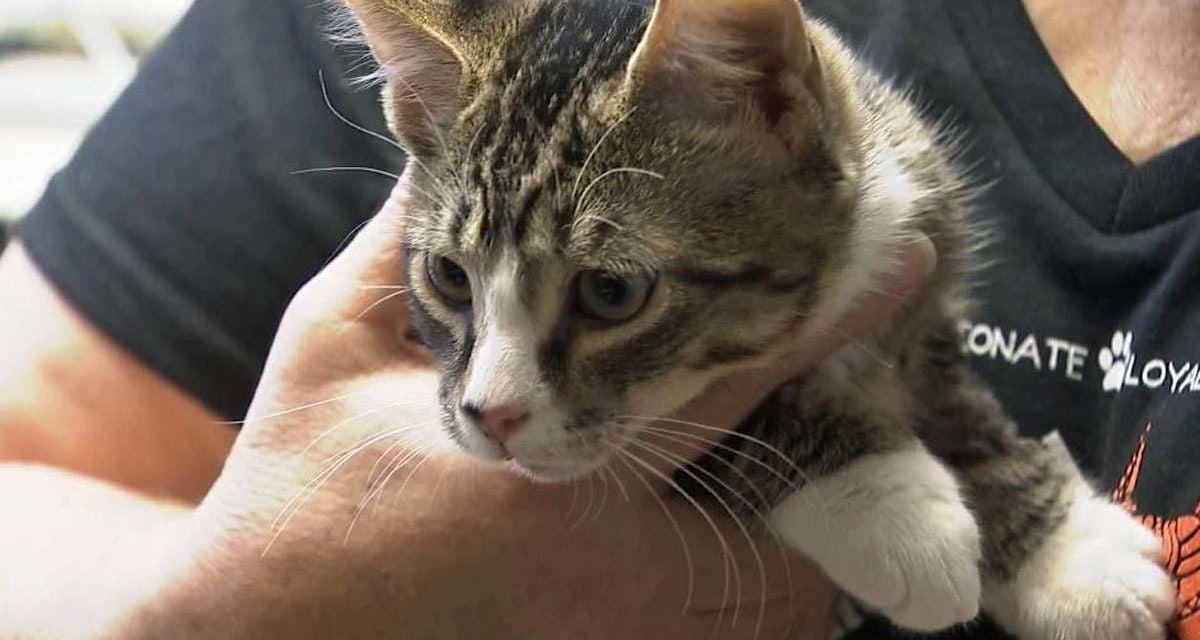 UPDATE (10/13/2019): According to police, no charges will be filed in this case, as the owner didn’t want to pursue the case. The Rangers in that area are keeping a close watch for any other incidents.

Jawbreaker is the name they gave him. At only a few months old, this adorable kitten was subjected to a vicious attack in which someone broke his jaw and left him to bleed on a busy road in Allentown, Pennsylvania. As if the beating wasn’t enough, Jawbreaker was also doused in pepper spray, making it hard for him to breathe or see and causing severe pain.

Despite the traumatic attack, Jawbreaker is recovering in the care of the Lehigh County Humane Society, his gentle nature and positive attitude a testament to his bravery. Once he is healed they hope he will be adopted and find a kind home. Employees at the Society believe a group of children may be behind the attack and note that if this is the case, the children and their parents should receive consequences for this deplorable act.

Sign this petition to urge Sheriff Joe Hanna and the Lehigh County Sheriff’s Department to find and prosecute those responsible to the full extent of the law.