SIGN: Justice for Skeletal Horse Left to Starve to Death in the Mud 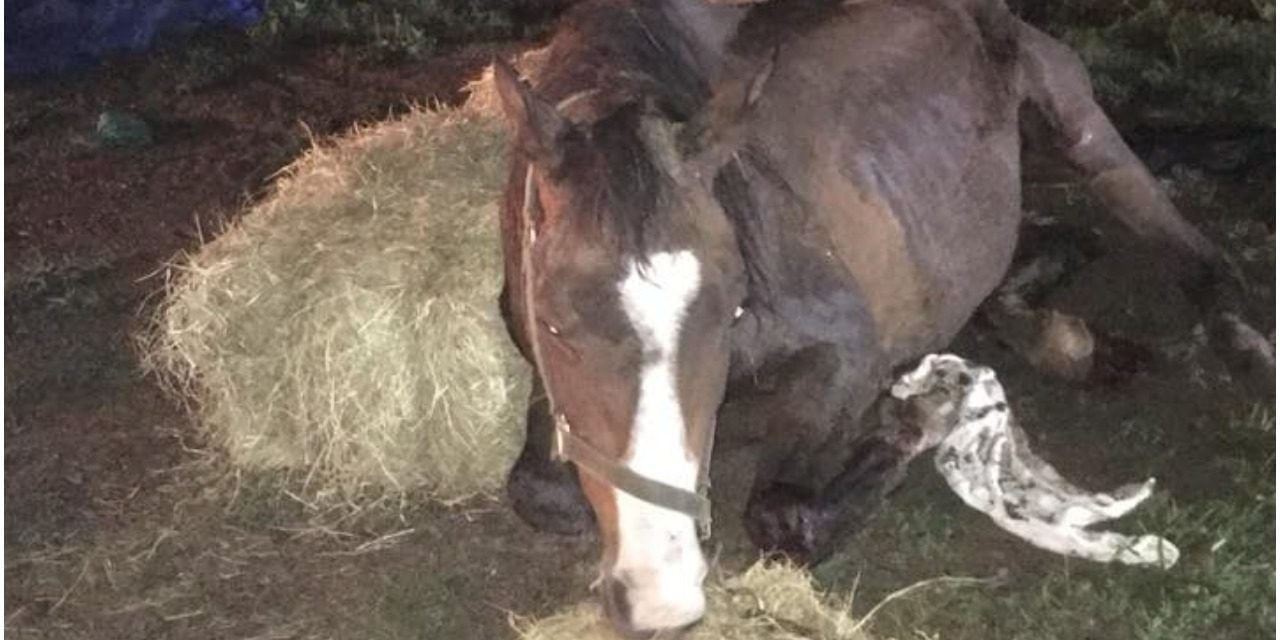 PETITION TARGET: Belknap County Attorney Andrew Livernois
A horse named Bristol was left lying in the mud for hours – maybe even days – at a so-called animal rescue, starved, dehydrated and dying while her “guardians” let her waste away to nothing.

Bristol was in the care of White Gate Critter Sanctuary in New Hampton, NH, which neglected her to the point of death.

By the time police and rescuers from Live and Let Live Farm Rescue came to her aid, it was too late for Bristol. She collapsed in the rescue trailer, so frail she couldn’t even hold her own weight. She had severe muscular atrophy, and was so intensely ill that veterinarians had no choice but to euthanize her to end her suffering.

Dozens of dogs, cats and other animals were also discovered on the property of Edith Daughen and Nicholas Torrey, including a dead snake and bird thought to have died from starvation or dehydration. Most of the other malnourished animals had no access to food or water.

The couple has been charged with 44 counts each of animal cruelty and will be arraigned on October 18th.

Sign this petition urging the Belknap County Attorney to prosecute to the fullest extent of the law, and ensure that these so-called rescuers are never allowed to care for an animal again.

PETITION UPDATE: Defendants Edith Daughen and Nicholas Torrey were each sentenced to 15 counts of animal cruelty on February 5, 2019 in Belknap County district court. The couple has five years to collectively pay back $18,810.26 in restitution, plus a 17 percent administrative fee.