SIGN: Justice for Watson, Dog Found Muzzled and Dumped in a Puddle to Die 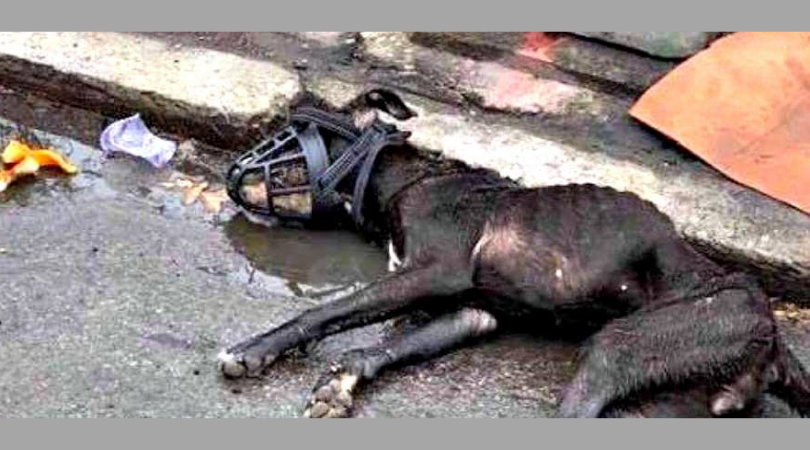 The New York Police Department (NYPD) discovered a dog on the brink of death in the Soundview section of the Bronx earlier this month.

The three-year-old pitbull mix lay helplessly in a dirty puddle on the street. Wearing a muzzle and unable to stand, she was severely malnourished and dehydrated.

Police rushed her to the ASPCA, but tragically, it was too late for Watson (named after the street she was found on) — she died the next day.

Local animal lovers are disgusted by Watson’s shocking condition and determined to find the person responsible for her neglect. Volunteer crime prevention organization The Guardian Angels posted hundreds of fliers throughout the neighborhood looking for answers.

An NYPD investigation has revealed nothing so far.

It’s clear from Watson’s emaciated body that she suffered extensively leading up to her death. No being deserves to be treated this way, and police must prevent this from happening to another animal.

Sign this petition urging NYPD Commissioner James P. O’Neill to ensure all resources are used to investigate this horrific case of abuse, so the perpetrator can be found and prosecuted to the fullest extent of the law.

Anyone with information, please call Crimestoppers at 1800-577-TIPS.