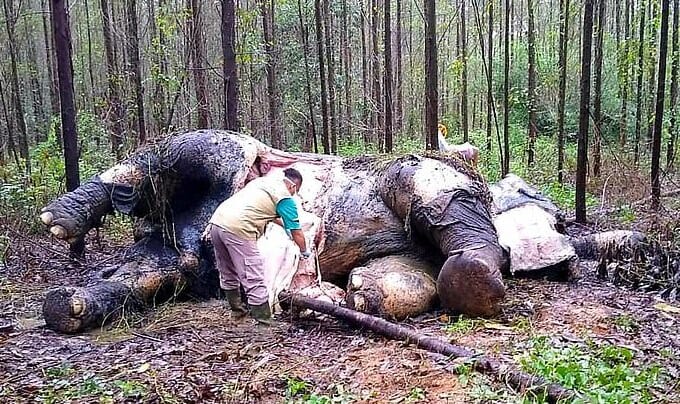 Poachers left the corpse of a 40-year-old Sumatran elephant to rot on an Indonesian plantation after hacking off the majestic animal’s head.

“The elephant’s head had been cut off and its severed trunk was found a metre away from the body,” said Suharyono, head of a local conservation agency, in a statement. “We suspect the elephant was hunted and killed, and then its head was cut off to remove the tusks.”

The Sumatran elephant is listed as “critically endangered.” According to the World Wildlife Fund, “nearly 70 percent of [their] habitat has been destroyed in one generation.”

Poaching has also skewed the breeding rates for these magnificent creatures, making it even more difficult for the species to survive.

Asian Species Expert Dr. Barney Long notes, “we could possibly see the Sumatran elephant be restricted to just a few remote populations within our lifetimes.”

Sign this petition today to urge the Indonesian government to do everything in their power to bring these poachers to justice, and work to protect the remaining animals. The Sumatran elephants must be protected before all hope is lost.