SIGN: Justice for Sleeping Cat Clubbed to Death with Broomstick 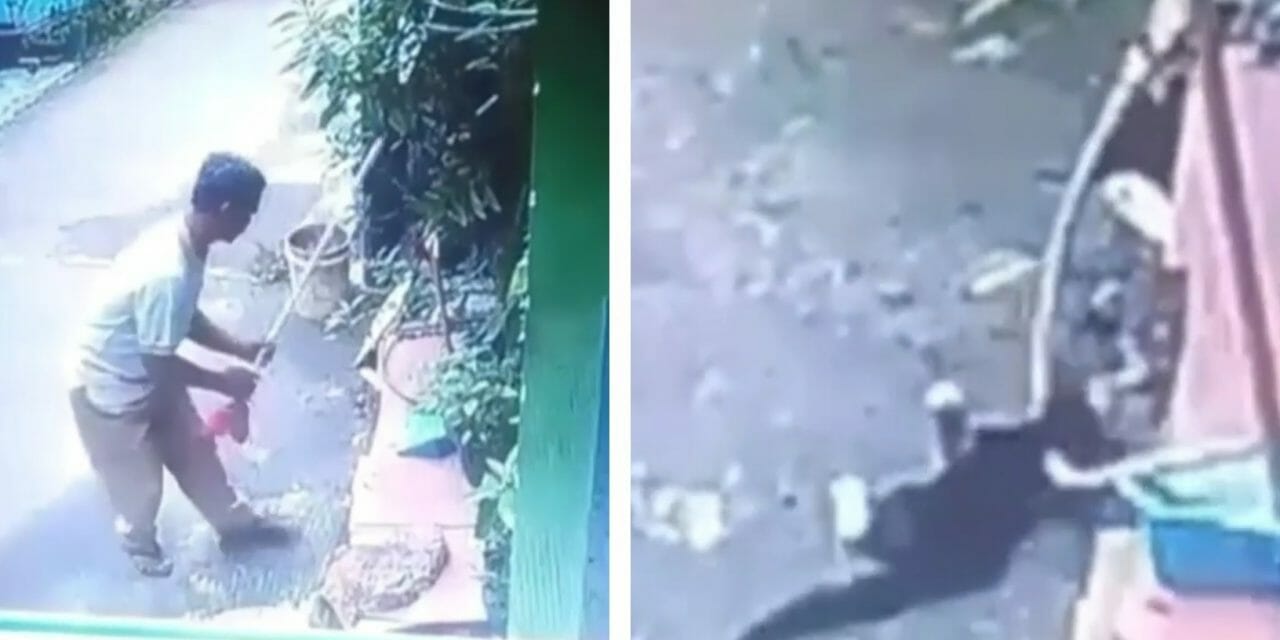 An innocent cat never woke up from her afternoon nap after being brutally clubbed to death with a broomstick.

Footage captured in Indonesia shows a man killing the sleeping animal for no apparent reason. The cat struggles and twitches for a brief moment before going limp, while the man acts like nothing happened.

“After one hit, he just walked away casually,” said Doni Tona, founder of Animal Defenders Indonesia. “He is a pro.”

Tona later met with the cat’s guardian, who is allegedly afraid to testify against the killer because he is known to be hot-tempered.

Unfortunately, animal cruelty in Indonesia is not considered a serious crime, and abusers are usually given minor punishments, if any, for their callous actions. We must speak up to ensure this cat gets the justice she deserves.

Sign this petition urging Heather Variava, Chargé d’Affaires at the U.S. Embassy in Jakarta, to call for authorities to treat this case with the severity it deserves and punish the perpetrator to the fullest extent of the law.