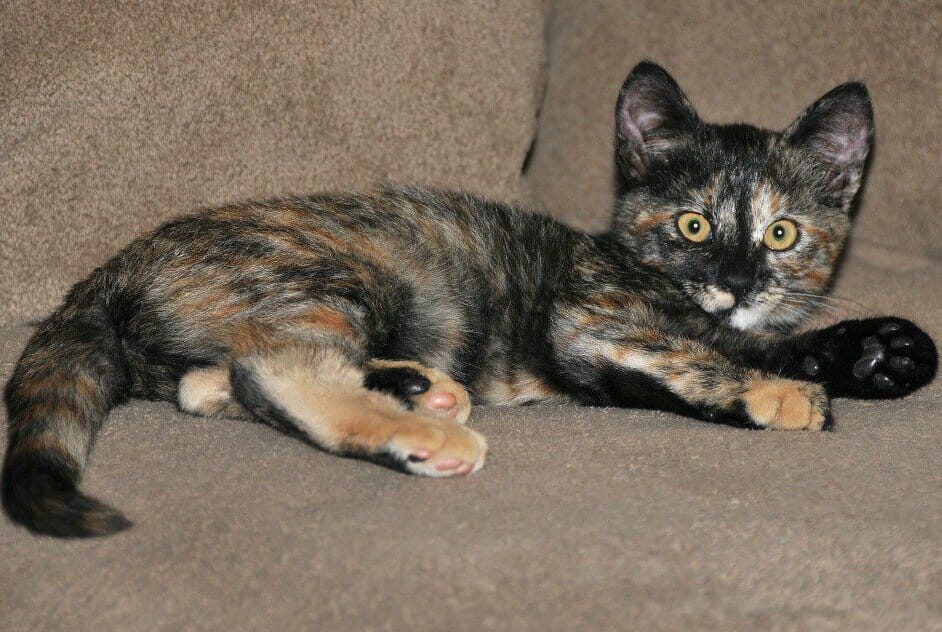 In a shocking case of cruelty, a nine-month-old female cat was discovered in Woking, England covered in burns and candle wax, with multiple wounds full of maggots all over her small frame — and showing signs of sickening sexual abuse.

The tortoiseshell cat, named Minnie by her rescuers due to her small size, couldn’t stand up — her right leg was injured and she was unable to use her back legs due to nerve damage.

“We’ve never seen a cat so abused before and it’s heartbreaking that this has happened to her,” said Liz Wood, Deputy Manager at the RSPCA Millbrook Animal Centre, where Minnie is being looked after. “She isn’t out of the clear yet but we’re hoping she will make a recovery as she’s very bright and a little fighter.”

It is unknown over what timeframe these cruel and torturous assaults took place, but staff at the centre are concerned that Minnie may be psychologically scarred for life after her ordeal.

We must speak out to urge police to find the individual responsible for this disgusting attack on a defenseless cat so they can be prevented from harming another animal.

Sign this petition to urge the Chief Constable of Surrey Police, Gavin Stephens, to thoroughly investigate this crime, find the culprit and prosecute them to the fullest extent of the law.