SIGN: Justice for Service Puppy Beaten to Death with Hammer 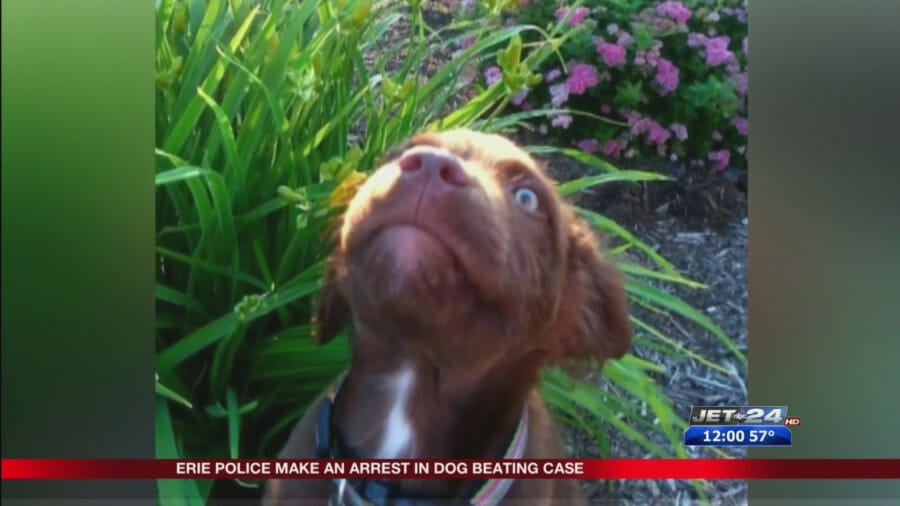 UPDATE: Justina Robinson was sentenced to 9 to 23 months in prison, followed by a 5 year probation for a felony count of aggravated cruelty to animals. Ms. Robinson is not allowed to care for any other animals and must undergo a mental health evaluation.

Izzy, an 11-month-old service dog, was brutally bludgeoned in his Erie, Pa., home. The young chocolate lab mix’s snout was duct-taped together so that nobody could hear his desperate cries as his guardian struck him over and over with a broom and a hammer.

The puppy’s broken body and spirit could not be saved, and he was put down after authorities took him to an emergency vet.

“It was horrific. It was absolutely the worst thing I have ever seen in the 4 1/2 years I have worked in the animal industry,” Erie Humane Society Executive Director Nicole Bawol told YourErie news.

Justina Robinson called police to report the crime after supposedly returning home to find her puppy in this condition. However, after a few days of investigation, police arrested her, and she confessed to the beating. She purportedly beat Izzy so intensely that his skull cracked. Robinson is currently in custody with charges that include a felony for animal cruelty resulting in death.

It is imperative that the court treats this case with the severity it deserves to ensure that Robinson is never able to harm an animal again and to prevent other animals from meeting sweet Izzy’s sad fate.

Sign this petition to urge Erie County’s District Attorney Jack Daneri to prosecute Robinson to the fullest extent of the law and call for a lifelong ban on her ever having an animal again. The court must use its power to save animals from cruelty and make it clear such violence will not be tolerated.