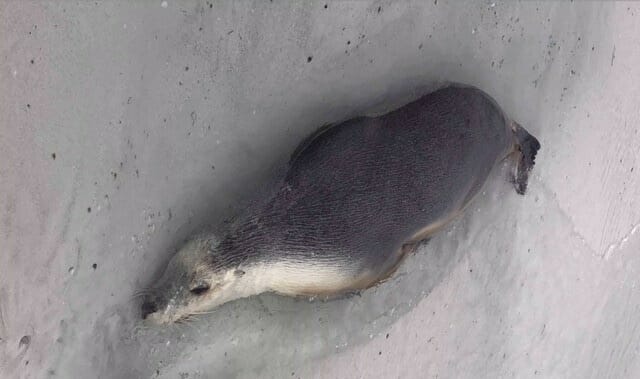 An innocent sea lion suffered an unimaginable fate after being gunned down with a shotgun and bleeding out on a beach in Western Australia.

His bloody corpse, riddled with bullet wounds, was discovered by local authorities after an alert from an anonymous passerby.

“There are a number of pellets removed from the body,” said officer Jonathan Pridham, “one of them had damaged the aorta; that would have meant it died within virtually minutes.”

This poor sea lion’s death is a devastating loss to an already threatened species. A single death can significantly impact their population, as they have very small breeding colonies.

While an investigation has been opened, the sick individual(s) who committed this attack has yet to be found. The person(s) responsible must be stopped before more animals are harmed or killed.

Sign this petition urging Senior Sergeant Grant Pollard to use all available resources to find the perpetrator of such a heinous crime.

This is an ongoing investigation. Anyone with information about this incident is urged to contact authorities at (08) 9842 4500.