SIGN: Justice for Rikki, Husky Shot in Head and Left To Suffer 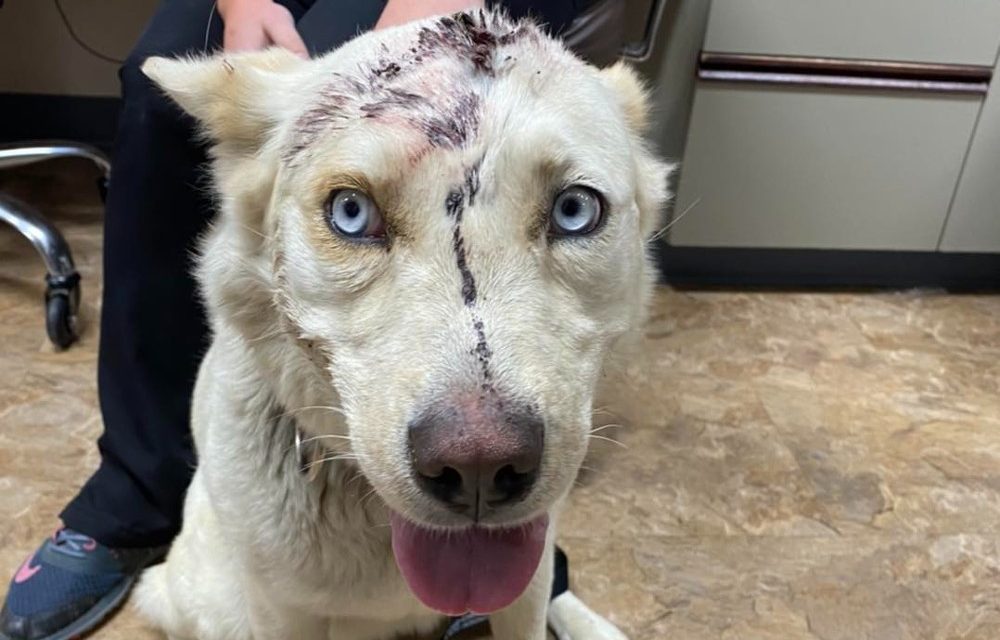 A beautiful white Husky was brutally shot in the head and left to suffer for an undetermined amount of time before deputies investigating a cruelty complaint arrived on scene in a quiet neighborhood in Franklin County, Washington.

Complainants said the defenseless dog had been in the area for at least three hours, according to YakTriNews. The dog, who was conscious and whose fur was streaked with blood from the apparent gun shot wound, had a seizure shortly after her rescuers arrived. Her condition drastically declined, and she was rushed to an animal hospital for emergency medical care.

Thankfully, the dog, now named Rikki, has survived, and a local rescue has stepped up to cover her veterinary bills and also provide her with medical foster care.  But Rikki is still recovering, and her trust in people is gone, Mikey’s Chance Canine Rescue’s Andrea Moreno told KOMO News.

“The trust she had in people is not quite there anymore, so we’re hoping to win that back,” Moreno said.

Rikki had no tags and no microchip, but the Franklin County Sheriff’s Office announced they’ve made an arrest on a charge of second-degree animal cruelty.

No animal deserves to be shot in the head and left to suffer. Whoever committed this act of intentional violence must be held accountable.

Sign our petition urging the Franklin County Prosecutor to treat this cruelty with the severity it deserves, including a lifetime ban for the individual(s) responsible on owning animals.