SIGN: Justice for Rabbit Roped by the Neck in River to Drown

Home » News » SIGN: Justice for Rabbit Roped by the Neck in River to DrownBy Carly Day 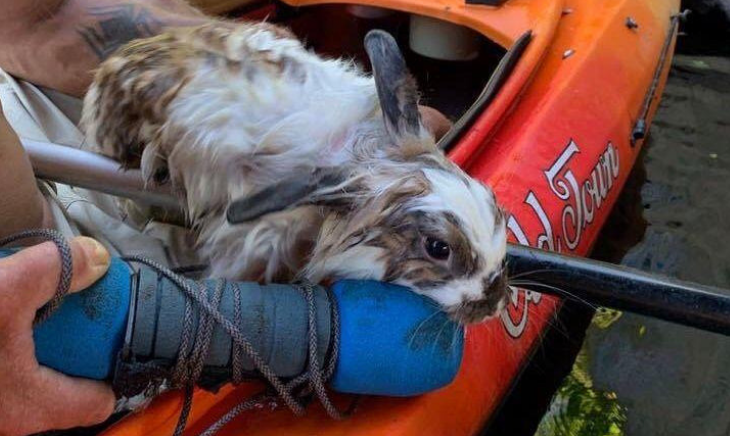 UPDATE (5/25/2022): The rabbit was adopted by a loving family. However, the suspect is a juvenile, so records are sealed and disclosure is prohibited, according to Chief of Police Michael Labell. We thank everyone who signed this petition, and we will continue to save all animals. –Lady Freethinker Staff

A terrified rabbit was left to die an agonizing death when someone tied a rope around his neck, secured the other end of the rope to a five-pound dumbbell, and tossed the animal into the river to drown.

The rabbit was lucky the rope was just long enough to allow him to keep his head above water until a pair of kayakers discovered the animal struggling to stay alive.

The cruel act took place at the Lamprey River in Raymond, New Hampshire. Raymond Police say they will charge a juvenile with animal cruelty after family members came forward with information about the case.

The traumatized rabbit is being monitored closely at the Candray Pet Care Center in Candia. Vets report he swallowed a lot of river water and may suffer further complications such as pneumonia.

It’s disturbing that any individual would be capable of such an act of calculated cruelty, but even more concerning that the perpetrator is a juvenile.

Sign this petition urging New Hampshire Attorney General Gordon MacDonald to push prosecutors to ensure this person receives extreme psychological intervention to prevent a lifetime of hurting animals, and make sure the family cannot have animals in the home.