SIGN: Justice for Puppy Left Hanging from Tree in the Woods 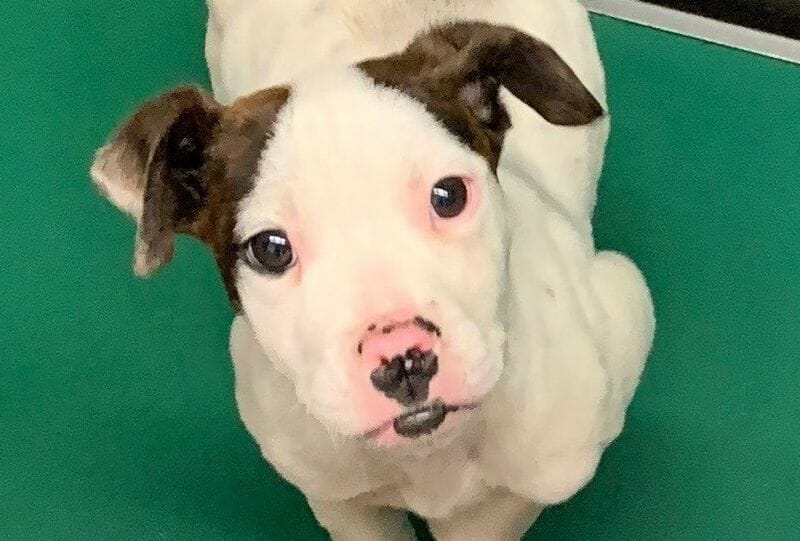 Valentine, a five-month old bulldog mix, narrowly escaped death after being mercilessly hung by the neck from a tree and abandoned in the middle of the woods to die a slow and painful death.

A witness to the horrific crime found the puppy struggling for her life after seeing a man walk into a wooded area with the dog and walk back out without her.

Jasen Charles Howard, a 42-year-old man from Indiana, has been accused of this heinous act and is being held in jail on a felony animal cruelty charge, according to the Jackson County sheriff’s office.

Howard told police that the puppy had parvo virus, and seeing as he didn’t have a gun, he thought he’d hang her to put her out of her “misery.” Rocky Harnen, the Jackson County sheriff’s chief deputy, said tests showed that Valentine doesn’t have parvo.

Through pure luck, Valentine survived this horrific ordeal, but the perpetrator’s next victim might not be so fortunate. Sign this petition urging Jackson County District Attorney Jason R. Pierce to prosecute this animal abuser to the fullest extent of the law, including a life-long ban on having animals.