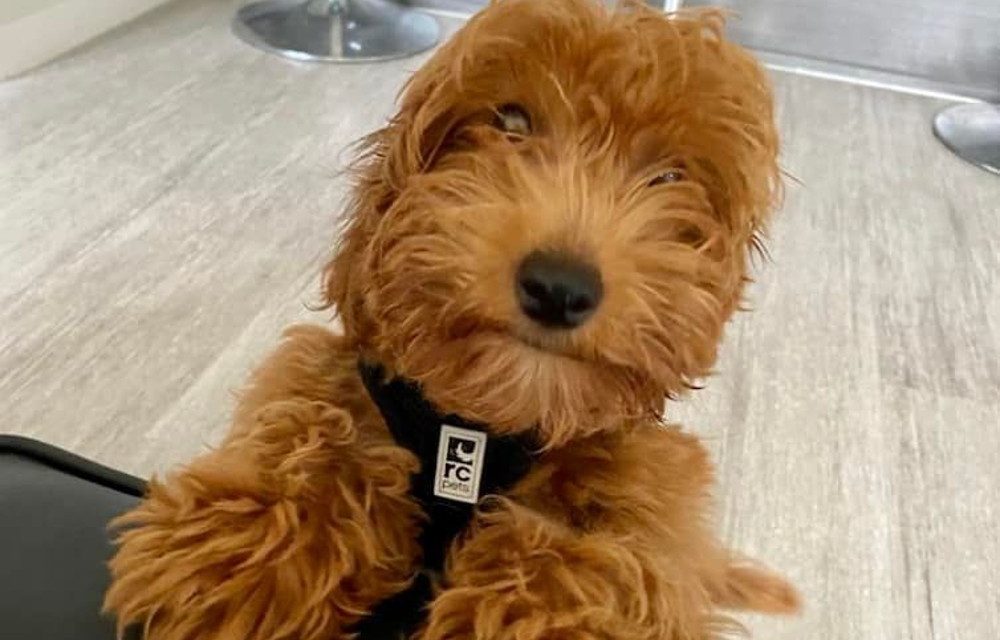 UPDATE (9/6/2022): The most recent court event in this case was on Sept. 6, when Garon didn’t appear and a rescheduled arraignment still to be determined, according to court records. We’ll keep watching this case. —Lady Freethinker Staff

A Goldendoodle puppy named Buzz Lightyear died wet, disoriented, and unable to stand up or even breathe normally in an emergency veterinary hospital after one of his guardians reportedly beat him to death, according to news reports.

A vet exam revealed the 5-month-old puppy had likely blunt force trauma to the head, bruising to his ear and mouth, and extensive muscle damage. The puppy’s necropsy report confirmed the defenseless dog died from being beaten and bleeding internally, and likely suffered significantly before his untimely death.

Animal cruelty charges in Florida can carry up to one year of jail time or a maximum fine of $5,000, or up to 5 years in prison and a fine of $10,000 if aggravating factors are present.

This case of intentional and fatal cruelty must be treated with the severity it deserves, and the person(s) responsible must never again be allowed to have animals in their house.

Sign our petition urging the State Attorney’s Office to hold the individual(s) responsible fully accountable, including a life-long ban on owning or caring for animals.