SIGN: Justice for Puppy Beaten to Death By Florida Teacher 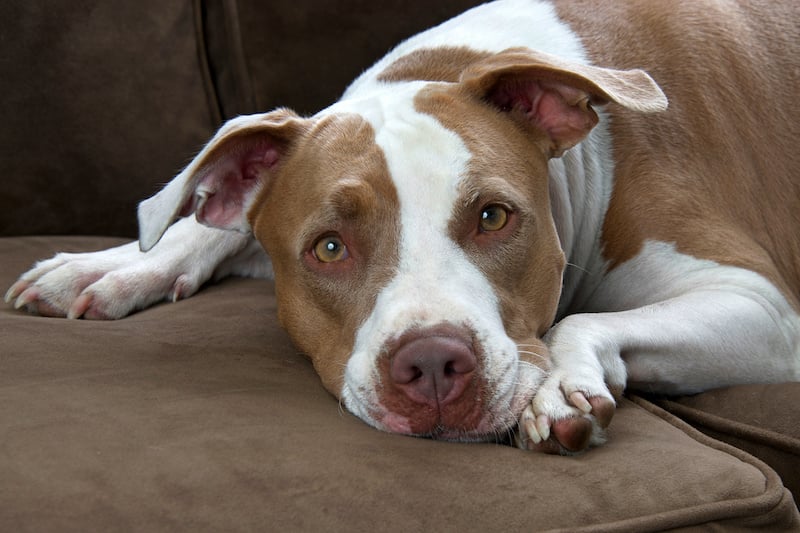 UPDATE (11/7/2022): Daniel Lamont Gray Jr. pleaded not guilty to the charges. The next court hearing is on January 12. We’ll keep watching this case. —Lady Freethinker Staff

An 8-month-old puppy cried out in pain as his owner, a teacher, reportedly punched him in the face, kicked him multiple times, body slammed him to the ground — and ultimately beat him to death — in Broward County, Florida.

Witnesses reportedly heard the man yell, “Don’t you ever bite me again, I’ll take your life, I’ll kill you with my bare hands!” before telling police he “went crazy” on the young dog outside of his apartment unit.

A witness who confronted the man told authorities he saw the bleeding dog dragged across the pavement by the collar, while the man shouted, “See how strong I am? This is why I keep you locked up!”

Two hours later, officers found the puppy’s corpse, covered by sheets and bags, outside by an adjacent building. The owner reportedly told them that the puppy had choked on a watch, then switched his story to say the puppy had been hit by a car.

But a veterinarian who examined the puppy’s body told news that the puppy’s injuries weren’t the result of colliding with a car and described the abuse as the worst she had ever seen. An external exam and X-rays revealed several broken ribs, a collapsed lung, blunt force trauma and a puncture wound to the head, a broken tooth, and bruises on the puppy’s jaw and body.

While a judge refused to lower Lamont Gray Jr.’s bond amount on a plea from his attorney – reportedly so he could attend the first day of school  — he has since been released on a $10,000 bond from the Broward County jail and is free while awaiting sentencing. The Broward County School system has said that Lamont Gray Jr. has been re-assigned to a non-school setting, pending the investigation.

It’s imperative that whoever committed this heinous act of fatal cruelty never again be allowed near animals – or children in an educational setting.  The link between violence against animals and future cruelty against vulnerable humans is well established.

Sign our petition urging the Florida State’s Attorney prosecutor handling the case to hold this individual fully accountable, including a lifelong ban on owning animals and a written record of the cruelty that will remain for the rest of the person’s life. We’re also asking the Broward County School Board to ensure that any person(s) convicted of animal cruelty be terminated immediately.