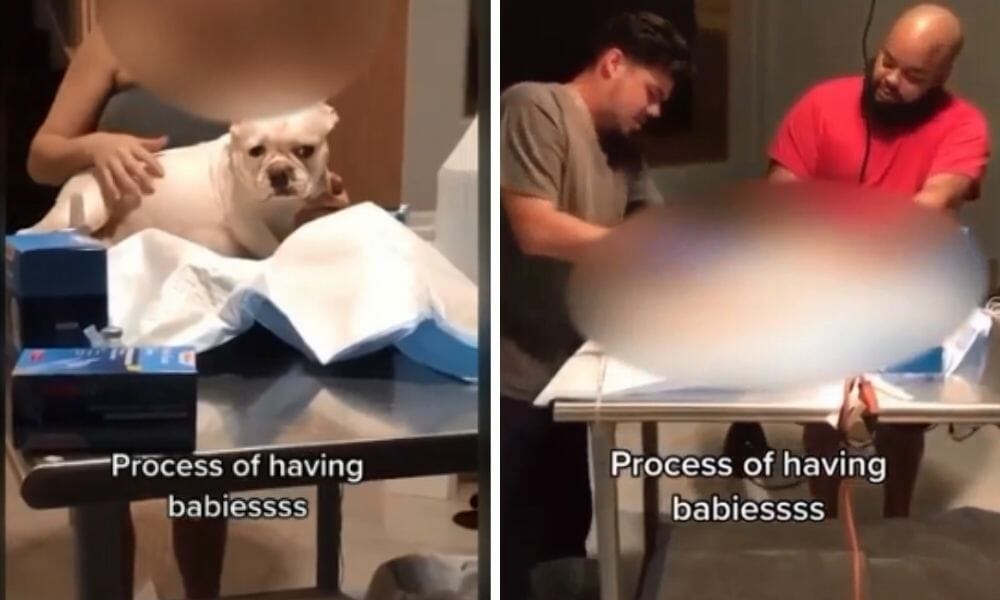 A pregnant French bulldog named Lyla thrashed and shook in excruciating pain when a man with no veterinary training performed a “do-it-yourself” C-section on her in his living room in Lake County, Fla., WESH reported.

Tragically, Lyla arrived at a veterinarian hospital dead from septic shock with two dead, unborn puppies still inside her.

Police have charged 33-year-old Frankie Huertas-Rivera, the man who posed as a veterinarian and cut open the dog, with animal cruelty and practicing without a license.

They also charged the dog’s guardian, Larry Colon, with animal cruelty after he allegedly hired Rivera to cut Lyla’s puppies out of her to avoid paying veterinary bills.

An added layer to this heinous act is that Colon’s teen daughter recorded the cruelty and posted the video to the popular video-sharing platform TikTok, according to local news. Colon also has allegedly refused to seek a veterinary assessment for the puppies who survived the botched surgery, against the advice of the veterinary hospital that inspected the dead Lyla.

The person responsible for Lyla’s botched C-section, which resulted in her death and the deaths of two of her unborn puppies, must answer for their crimes.

Sign this petition urging Florida State Attorney William “Bill” Gladson to prosecute the suspects to the fullest extent of the law.