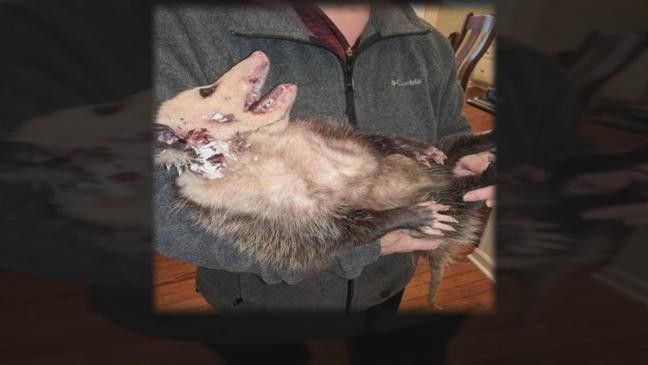 Wildlife rehabilitator Gina Jackson was horrified when an Ohio University student brought her a severely burned possum for examination.

The poor animal had large burns two inches wide all around her neck and down her sides. Holes were burned through her cheeks and neck, and her ear badly maimed. Jackson stated it’s likely the possum was restrained and an ignited butane torch was shoved down her throat. The possum passed away from her injuries.

According to Fox28, Jackson stated, “…the back of the tongue, all the way down the throat, is thick black charred. They poked out her eye, her eye is badly blistered and her ear, as well.” She emphasized this is the worst case of animal abuse she has ever witnessed.

This sick, barbaric attack cannot be ignored. Animal abusers often go after humans next. Whoever performed this cruel act must be brought to justice.

Sign this petition to urge the Athens City police to use all available resources to find this abuser and prosecute them to the fullest extent of the law.