SIGN: Justice for Poodles Bludgeoned to Death by Officer in Coronavirus Scare 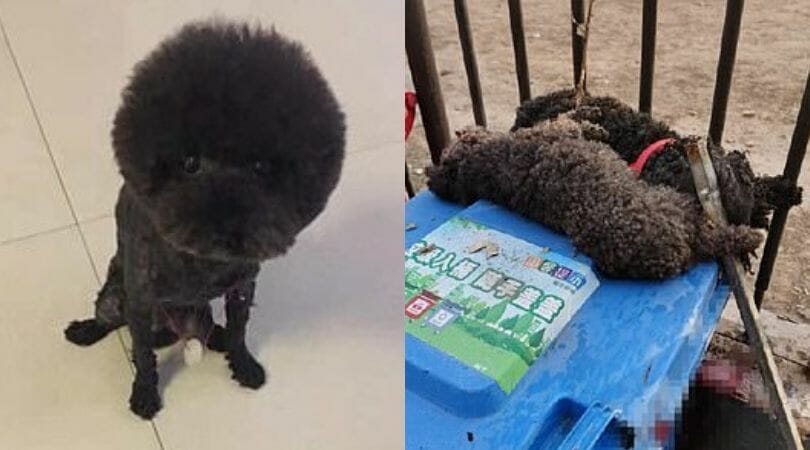 Amid the coronavirus scare, two innocent poodles — one a disabled senior dog — suffered unimaginably when a community officer reportedly bludgeoned them to death in broad daylight, according to the Daily Mail.

Disturbing footage shows the officer beating one of the dogs while their caretaker desperately tries to shield his other beloved pet.

The dogs and their guardian were stopped just before they stepped outside for a walk. A forceful argument erupted as the officer, out of misguided fear of disease, attempted to prevent the man from taking his dogs outside; shortly thereafter, the officer fatally clubbed the helpless animals.

“The officer threatened to beat the owner to death if he didn’t give away the dogs,” claimed the social media user who posted the appalling video.

The notion that household pets are contributing to the spread of coronavirus is baseless. There is no evidence to suggest that these animals carry the disease, according to the World Health Organization. Despite this, some residential complexes and neighborhoods in China have banned people from walking their dogs, and public officials openly participate in killing these defenseless creatures.

These two poodles, and thousands of animals throughout China, deserve justice. Sign this petition urging Ambassador Cui Tiankai to push for full prosecution of the culprit and the promotion of educational resources to show that pets are not a coronavirus threat, and massacring them is unacceptable.