SIGN: Justice for Rocky, Pony Stabbed and Butchered in His Stall 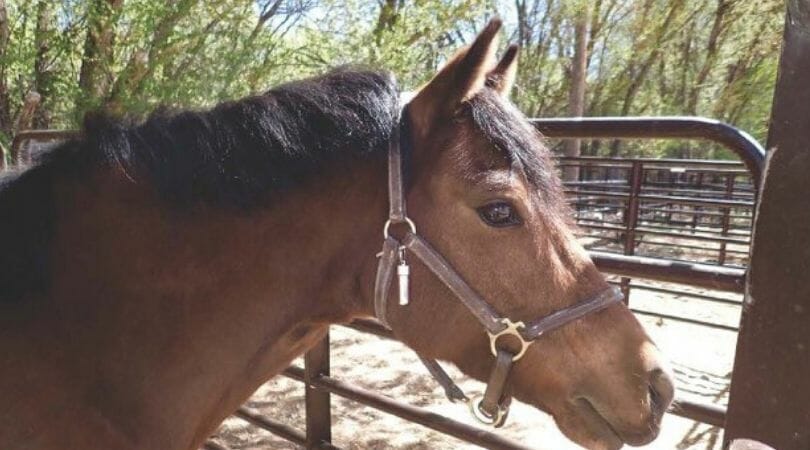 UPDATE (1/19/2022): A detective with the Corrales Police Department told Lady Freethinker that Rocky’s case is currently considered “inactive,” pending further ledes and that Albuquerque Crime Stoppers is offering a $30,000 reward for information that leads to the arrest of whomever committed this atrocious crime.  They can be reached at  (505) 843-STOP. Reference New Mexico Livestock Board Case # 122-2577. We’ll continue to check for developments in this case. —Lady Freethinker Staff

Rocky, an innocent pony, spent his terrifying final moments in agonizing pain as an unknown assailant plunged a knife into his chest. After the gruesome attack, the perpetrator butchered Rocky’s lifeless remains, leaving the crime scene with the dead pony’s flesh as a souvenir, according to investigators with the New Mexico State Livestock Board.

Local authorities in Corrales, N.M. are currently investigating the brutal crime, but the suspect(s) in this horrifying case remain unidentified. Under New Mexico law, the crime constitutes extreme animal cruelty, which is a fourth-degree felony.

Rocky deserves justice, and whoever murdered this defenseless pony must not be allowed to harm another living creature. Sign this petition urging the New Mexico State Livestock Board to use all available resources to thoroughly investigate and identify the individual(s) responsible for this vile act as soon as possible.

This is an ongoing investigation. Anyone with information is urged to call the Animal Protection of New Mexico’s Animal Cruelty Hotline toll-free at 877-548-6263. There is a $5,000 reward for information leading to the arrest and prosecution of those responsible, and you may report anonymously.