SIGN: Justice for Ponies Tied Up and Sexually Assaulted 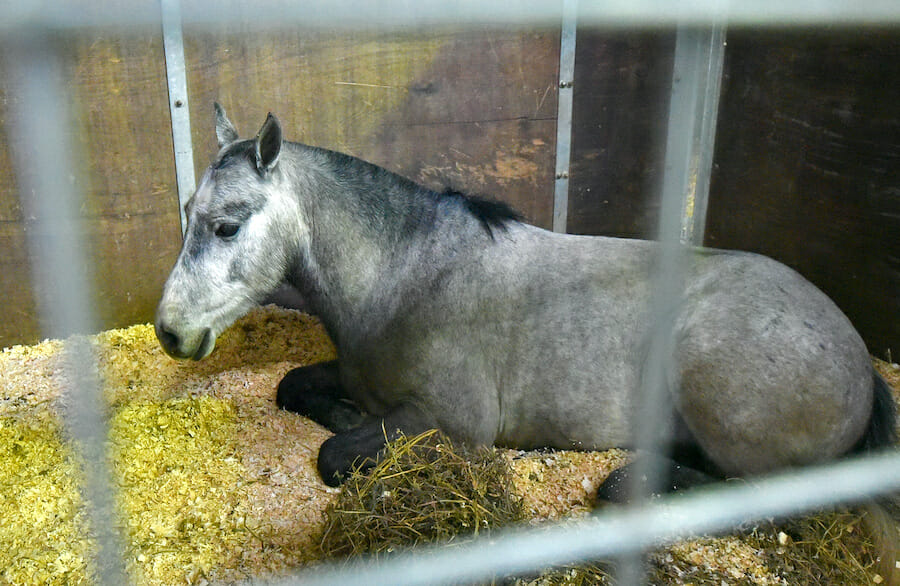 UPDATE (8/18/2022): Michael Riego was convicted of one count of bestiality and sentenced to eight years imprisonment in the Department of Corrections — suspended after one year at supervision level 5 and for two years at supervision level 2 — and ordered to pay $21,822 in restitution to NCC Insurance and Loss Control, according to court records. He also was ordered to forfeit any firearms, have no contact with animals, and register as a sex offender. We thank everyone who signed our petition for these defenseless ponies, who never should have gone through this heinous and traumatic ordeal.  We’ll keep doing all we can for animals. —Lady Freethinker

In unthinkable and repeated acts of violent and depraved animal abuse, a male suspect tied up the rear legs of several innocent ponies and sexually violated them, according to New Castle County police. A 17-year-old black and white mare had such severe trauma to her back legs that she struggled to walk. Another 20-year-old mare suffered painful wounds from having a cord tightly bound around one of her rear legs.

Surveillance footage captured the perpetrator removing his clothing and sexually assaulting a 31-year-old brown mare after he entered her stall with a feed bucket and bound up the pony’s back legs, according to police.

Following an in-depth investigation into the attacks at the New Castle County Carousel Park and Equestrian Center in Delaware, police arrested 31-year-old Michael Riego after catching him hiding in one of the stables.

The person responsible for these reprehensible crimes must never be allowed to hurt another defenseless creature again.

Sign this petition urging Attorney General Kathy Jennings to bring justice to these violated ponies and prosecute the perpetrator to the fullest extent of the law, including intensive psychological intervention and a ban on ever going near an animal again.

Police are asking anyone with information to contact Det. Lucas at 302-395-8110, email [email protected], call the New Castle County Division of Police non-emergency number at 302-573-2800 or message via Facebook.