SIGN: Justice for Pigs Emaciated and Starved to Death 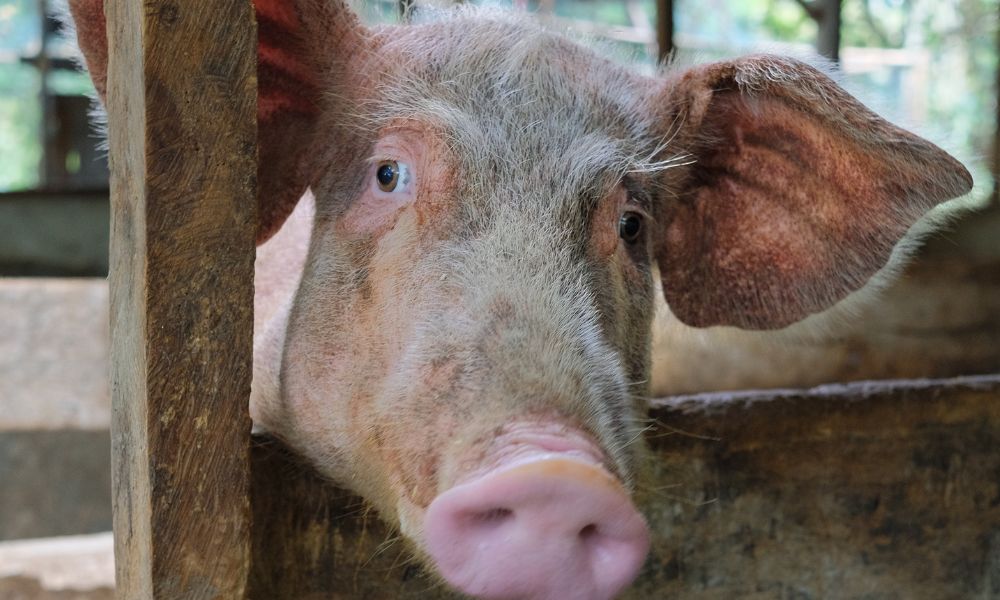 Two defenseless pigs starved to death while at least five others suffered emaciation — and likely turned to eating the dead pigs — on an abandoned 12-acre property in Saginaw County, Michigan.

Investigators who arrived on the scene said conditions were “gruesome,” with the surviving pigs having “no food, no water, no straw, lying in frozen mud and feces on an abandoned farm,” according to news reports.

Evaluators determined the two dead pigs had died of starvation and that they also showed signs of being eaten by the other pigs on the property. Five of the seven surviving pigs also were emaciated – including one pig who was euthanized due to severe suffering.

Animal Control has declared publicly that the individual reportedly responsible “knew he should have let them go, should have made arrangements, and he just didn’t,” according to news reports.

Authorities arrested Craig Trautner on several counts of animal cruelty. The court system agreed to drop a count of cruelty to four to 10 animals — a felony, carrying a possible 4-year sentence — after Trautner pleaded guilty.

The remaining misdemeanor charge carries repercussions of only up to one year in jail. Sentencing is scheduled for February, and it’s critical that this act of prolonged, intentional, and fatal cruelty must be taken seriously.

These sensitive and intelligent pigs did not deserve to die this way.

Sign our petition urging the Saginaw County prosecutor handling this case to emphasize the severity of the animal cruelty when speaking during sentencing to the judge and to insist on full accountability for this fatal and intentional act of abandonment, including a maximum ban on owning any other animals.