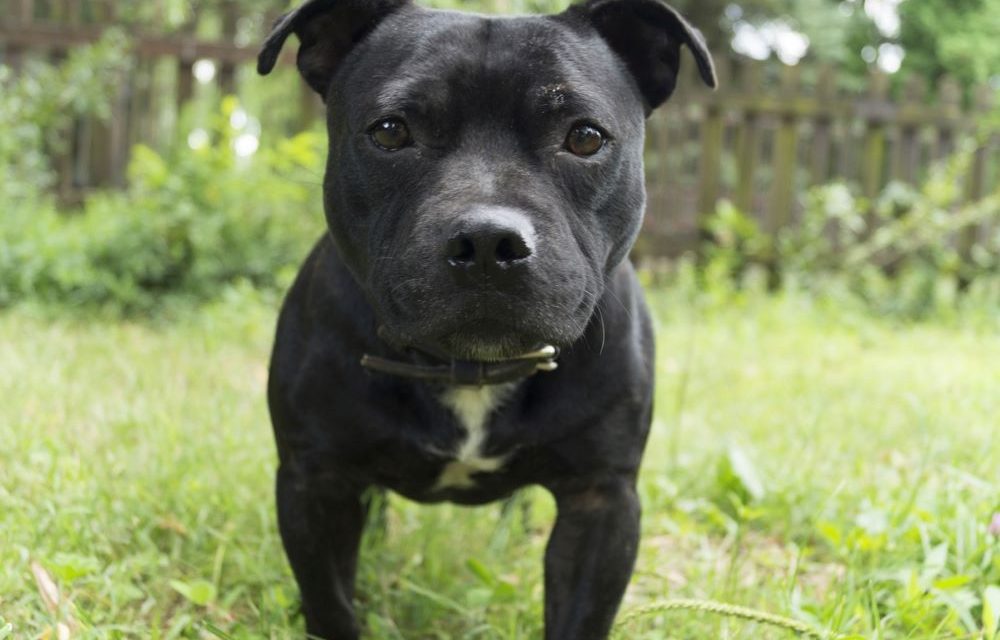 Clinging to dear life and paralyzed from the waist down, a pit bull now named Lucky barely survived a 2-day ordeal before rescuers found him abandoned on a set of train tracks in Montgomery County, Pennsylvania.

Lucky presumably had been dumped, according to rescuers who found a leash and collar nearby. At the time of his rescue, he suffered from a ruptured spinal cord, likely after being struck by a train, according to veterinarians who examined him.

Lucky has needed to undergo surgery requiring two plates along his spine. He will never be able to walk again, Philly Voice reported.

The sweet dog now also is at risk of developing myelomalacia, a fatal condition that occurs when blood flow to the spinal cord is disrupted.

This defenseless dog, who narrowly escaped a brutal death and now has life-long health problems, deserves justice. Whoever is responsible for abandoning Lucky must be held fully accountable.

Sign our petition to urge the Philadelphia Police Department to use all available resources to find the individual(s) responsible for this atrocious act and hold them fully accountable, including a ban on owning animals.