SIGN: Justice for Nursing Mother Dolphin Speared Through The Head 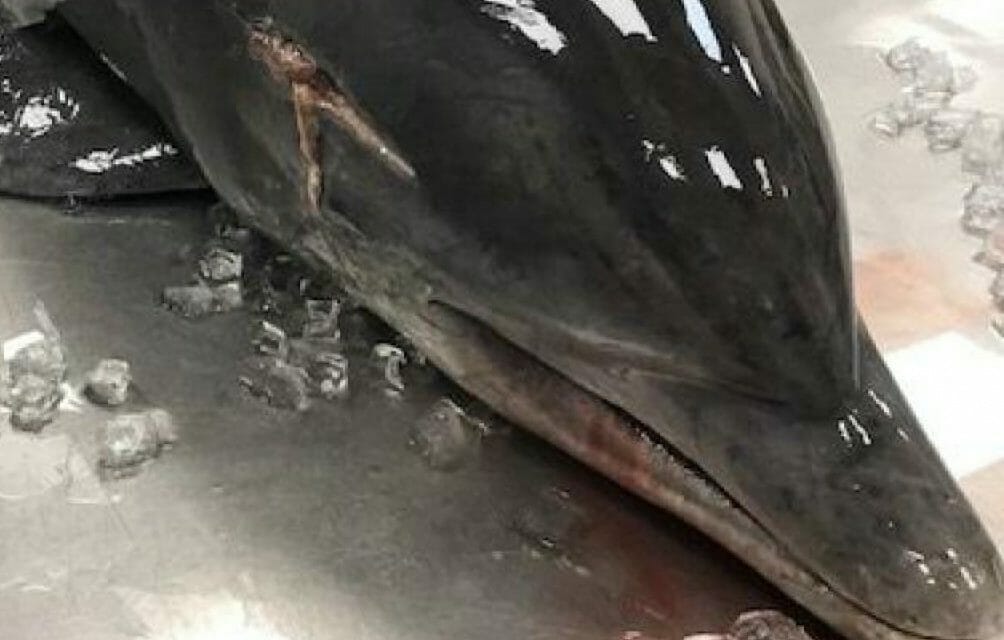 UPDATE (9/1/2022): NOAA’s Office of Law Enforcement is aware of the incident and has offered a reward of up to $20,000 for information leading to an arrest, conviction, or civil penalty assessment, a spokesperson told LFT. We’ll keep watching this case. — Lady Freethinker Staff

A nursing mother dolphin was viciously speared through the head while she was still alive and likely being illegally fed by people off the Gulf Coast of Florida.

A necropsy revealed the dolphin was impaled above the right eye and that the fatal injury occurred while she was above water with her mouth open, according to the National Oceanic and Atmospheric Administration (NOAA). After her brutal death, the dolphin washed ashore on Fort Meyers Beach.

This nursing female’s horrible death brings the total to 27 dolphins who have washed up on beaches since 2002 after being shot by guns or arrows, or impaled with spears or other sharp objects.

Harassing, harming, killing or feeding wild dolphins is illegal under the Marine Mammal Protection Act, with penalties of fines up to $100,000 and up to one year in jail for each violation, and it’s past time to crack down on these illegal acts and send a strong message that this fatal cruelty will not be tolerated.

An investigation is ongoing, with authorities seeking any relevant information from the public. Whoever committed this cowardly, vicious killing must be held accountable.

Sign our petition demanding NOAA officials thoroughly investigate this horrible dolphin spearing, identify the individual(s) responsible, and forward any applicable charges on to a prosecutor.

Anyone who may have details of this incident should call the Office of Law Enforcement hotline at (800) 853-1964. Tips may be left anonymously.