SIGN: Justice for Newborn Swan Kicked to Death by Jogger 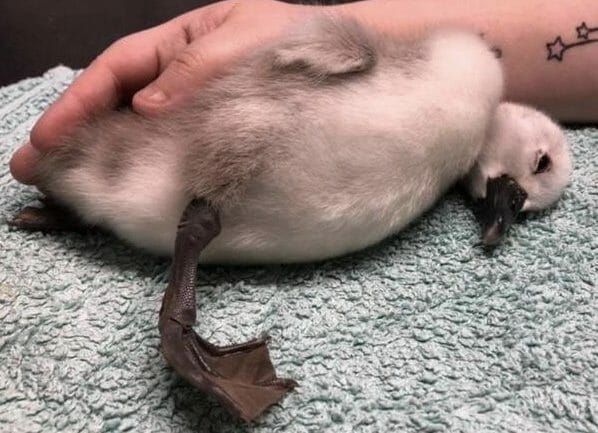 UPDATE (12/23/2021): Police are searching for a Caucasian, gray-haired man in his 60s, height of about 5′ 6″, according to BBC News. We’ll keep following this case. —Lady Freethinker Staff

After being “deliberately” kicked in the head and suffering severe brain trauma, a defenseless baby swan has died because a jogger at Richmond Park in southwest London “couldn’t be bothered to run around [him],” according to the Independent.

The Swan Sanctuary tried desperately to save the animal’s life, and the brave swan fought to live in agonizing pain for two days. Then, he sadly surrendered to his injuries.

Witnesses to the appalling act told the Metropolitan Police Service’s Royal Parks Operational Command Unit that the jogger made no effort to avoid the innocent swan, even kicking a second swan in the head during his run. Fortunately, the second innocent creature escaped into the water.

This baby swan deserves justice. Sign this petition urging the Metropolitan Police Service’s Royal Parks Operational Command Unit to use all available resources to find and charge the perpetrator(s) who ended the life of a helpless bird only shortly after it began.