SIGN: Justice for 36 Monkeys Suffocated in Sacks and Thrown Away to Die

Home » Animals » SIGN: Justice for 36 Monkeys Suffocated in Sacks and Thrown Away to DieBy Heidi Yanulis 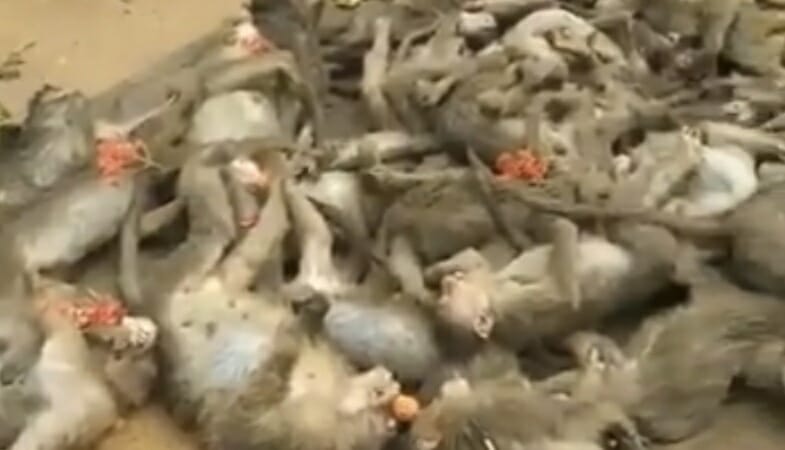 Dozens of helpless macaque monkeys suffocated to death inside gunny sack bags after being callously dumped by a roadside in the southern Indian state of Karnataka, according to the Latin Times.

The locals who made the horrific discovery tried to save the dying animals by offering them food and water. Despite their efforts, 36 monkeys died.

The monkeys’ corpses have been sent in for post-mortem examinations, with poisoning suspected before they were left in the bags to die.

Seven people are under arrest in connection with the merciless killings, said District Deputy Commissioner R. Girish. A preliminary investigation revealed that five of the suspects hired the other two suspects to catch the monkeys and remove them from their farmland.

These innocent macaques deserve justice for their painful and horrifying deaths.

Sign this petition urging the Karnataka registrar-general to thoroughly prosecute the perpetrators under any applicable laws — including India’s Prevention of Cruelty to Animals Act, which criminalizes all acts of cruelty against animals, including killing, maiming, or poisoning.