SIGN: Justice for Kittens Bound with Duct Tape and Dumped in Garbage Chute 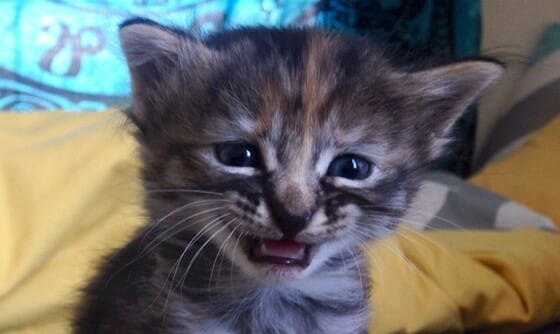 UPDATE (8/11/2020): Justin Visconti was indicted on four counts of aggravated cruelty and torturing animals. If found guilty, he faces up to two years behind bars. Mr. Visconti was arrested in early August when he was found to be in possession of a cat, a violation of his court order. He is scheduled to appear in court on September 2nd for the original case and September 10 for this most recent charge.

Several kittens were found dead and bound with duct tape after being tortured, killed via blunt force, and then heartlessly dumped down a garbage chute in Nassau County, N.Y.

“These cats were badly mutilated, these cats were tortured by some means,” stated Jed Painter from the Nassau DA Animal Crimes Unit. “We had multiple broken bones. In fact, one of the animals, pretty much every single bone in the body was broken.”

Justin Visconti, a 37-year-old man who lives in the building where the kittens were found, was arrested and is being charged with four counts of aggravated animal cruelty, reports ABC News. Workers in the building told police this was the third time in recent weeks that dead cats were discovered in the garbage chute.

Visconti must be prosecuted to the fullest extent of the law, and he should be banned from ever going near an animal again.