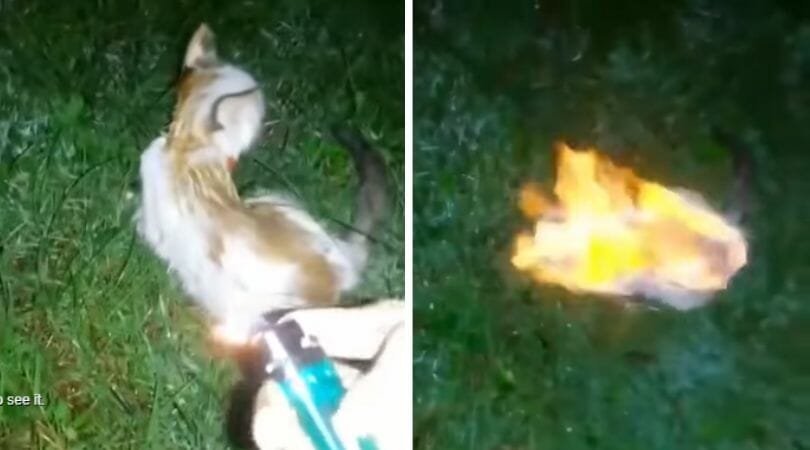 Doused in a highly-flammable liquid and set on fire, a terrorized kitten fled for her life as someone recorded the defenseless animal crying out in pain for a viral video.

Graphic footage of the appalling cruelty shows the perpetrator attempting to ignite the innocent cat with a lighter several times before succeeding. The terrified kitten lights up in flames and runs off, while the culprit gives chase until the weakened animal collapses in place, letting out a few agonizing cries before the video ends.

Police are working on confirming that the gruesome incident occurred in Pahang, Malaysia, and the person responsible for this reprehensible act remains unidentified.

Whoever burned this helpless kitten alive must answer for their actions to prevent other innocent animals from harm. Sign this petition urging the Malaysian Ambassador to the United States Azmil Mohd Zabidi to push Pahang Police Chief Datuk Abdul Jalil Hassan to use all available resources in determining where this sickening act of cruelty occurred and who is responsible for the crime.