SIGN: Justice for Kangaroo Run Over and Kicked in the Head for Snapchat Views

Home » Animals » SIGN: Justice for Kangaroo Run Over and Kicked in the Head for Snapchat ViewsBy Joe Taglieri 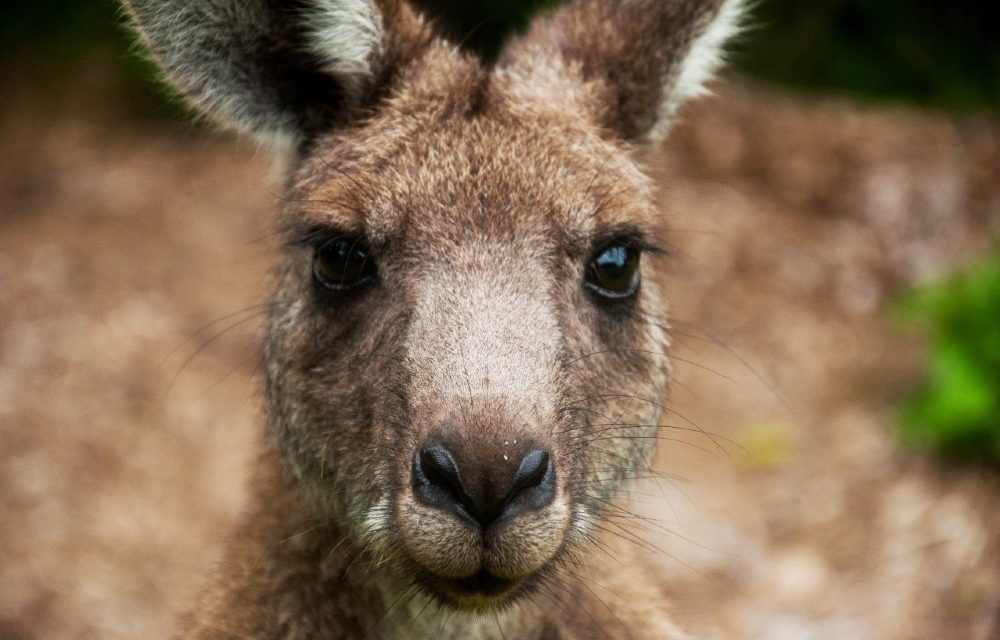 An Australian kangaroo died a gruesome death after three Australian teenagers allegedly ran the innocent animal over with a car, tortured the still living kangaroo, and then boasted about the gory incident on Snapchat.

The posted video shows a vehicle being driven slowly and deliberately over the trapped kangaroo. One of the perpetrators and then callously dances around the stricken kangaroo and kicks the animal in the head. The kangaroo appears to still be alive and conscious at that point, with the video capturing the animal’s head moving.

The teenagers then posted a caption to the video that the kangaroo’s death was “kill 2 for the night,” according to news reports.

Another video from the same Snapchat account shows a dead hare in a pool of blood with the caption, “poor rabbit KO-ed by the commy,” according to news reports.

Authorities have since arrested three teens, whose names were not released in news reports, on charges of serious animal cruelty. If convicted, they face a maximum of seven years in jail.

Sign our petition urging prosecutors in Queensland, Australia, to prosecute to the fullest extent of the law the individual(s) who committed these atrociously cruel acts of deliberate and fatal animal abuse, and mandate intensive psychological treatment to protect future animals from abuse. 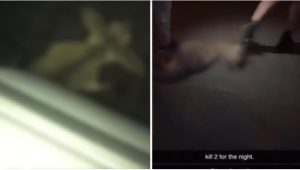