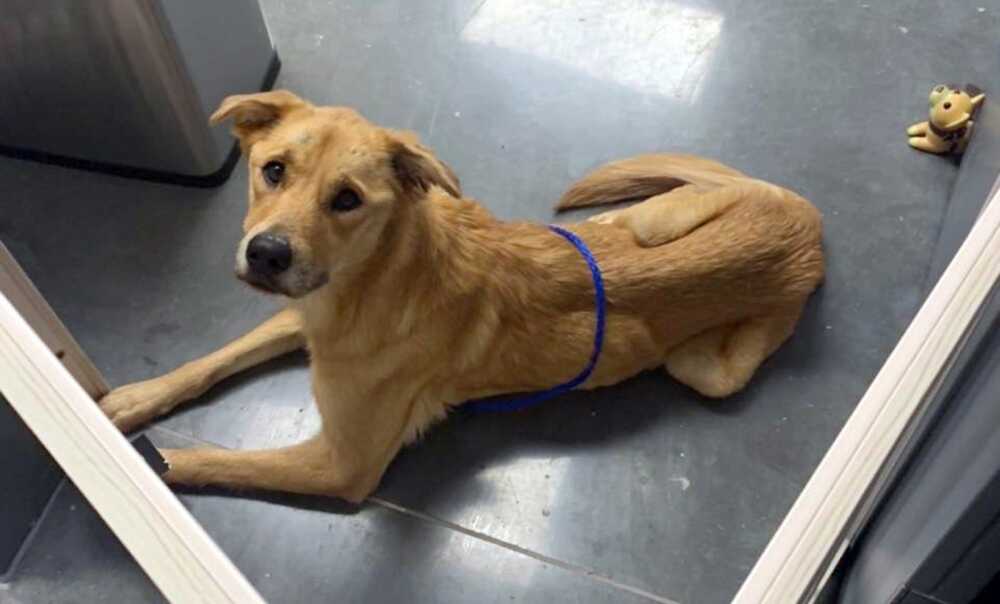 Pepper, a sweet and gentle Labrador mix, spent weeks starving, zip-tied, and buried alive before police officers rescued her from a hole in the ground near Cape Giradeau, Mo, according to Newsweek.

The officers rushed Pepper to the Southeast Missouri Pets animal shelter, where they learned staff had first encountered the innocent dog on Feb. 18, when animal control brought her in after she reportedly got away from her owner during a walk.

That same day, Breawna Austin, 19, showed proof of identification and claimed a healthy, 47-pound Pepper from the shelter. The very next day, Austin buried the dog, telling a police officer that Pepper had “died,” and that she “was sure Pepper was dead when she was buried,” according to a probable cause statement.

Pepper, when rescued, was emaciated – weighing only 30 pounds. Her legs had been zip-tied together so tightly that officers reported open wounds and cuts so deep that bone and connective tissue showed.

Austin, who has since been charged with felony animal cruelty and whose arrest warrant describes the actions as “torture,” denied knowing anything about the zip ties, according to a probable cause document.

Meanwhile, Pepper is recuperating with a caretaker who has said that the dog has retained a sweet and gentle nature but is having a difficult time using her hind legs since freed.

“You can tell she has a will to live,” the caretaker told the Southeast Missourian. “She still has a lot of healing left to do. Right now, she’s just trying to stay alive.”

No innocent animal should ever have to endure such horrific treatment at the hands of a human. This case must be taken seriously.

Sign our petition urging the Cape Girardeau Prosecuting Attorney to prosecute the person responsible for this atrocious act of clearly intentional and possibly fatal animal cruelty to the fullest extent of the law, including a lifelong ban on owning animals.