SIGN: Justice for Emaciated Great Dane Left in Cage with No Food or Water 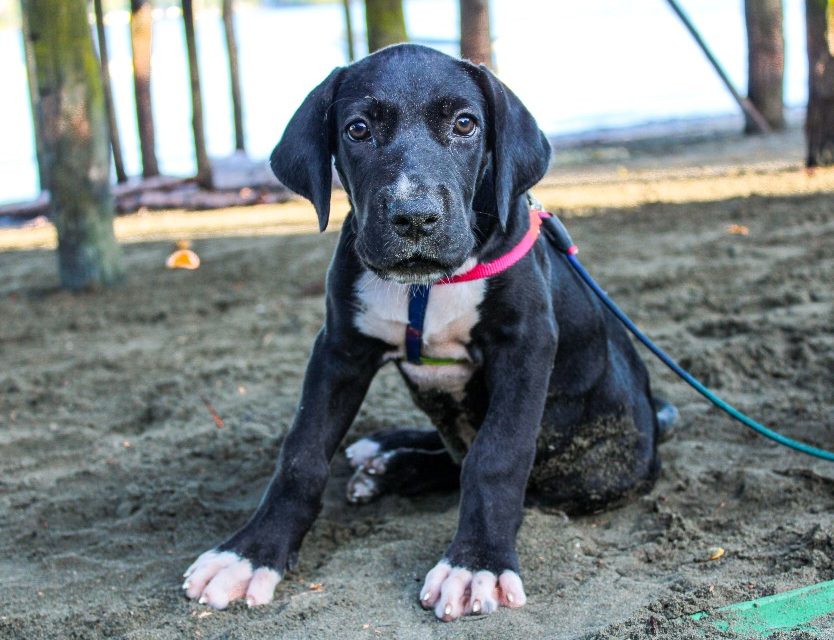 UPDATE (8/15/2022): Alaxandria Byron pleaded guilty to one count of misdemeanor animal neglect with injury in July and was sentenced to one year of probation, 50 hours of community service, and a $430 civil penalty. We are disappointed that a lifelong ban on owning animals was not included within this sentence, and we’ll keep doing all we can for animals. —Lady Freethinker Staff

Locked in a cage without food or water, a sweet Great Dane named Kal slowly wasted away and “wouldn’t have survived much longer” had officers in Des Moines, Iowa not saved him, according to KCCI.

Officers who responded to a tip about a dog in need of urgent care found Kal locked in a cage without food or water, despite people living in the apartment. When an officer released him, the dog ran to the bathroom and immediately started gulping water out of the toilet, according to the Animal Rescue League of Iowa (ARL), a nonprofit rescue that is overseeing his recovery.

When rushed to emergency care, Kal weighed a ghastly 44 pounds – whereas an average male Great Dane weighs between about 140 and 200 pounds. He was so dehydrated and emaciated when he arrived at the hospital that “his head and eyes were sunken in,” ARL wrote in a Facebook post.

Veterinary staff had to hook the innocent dog up to IV fluids to save him and start a special re-feeding program. Although Kal is safe now, his road to full recovery will be long, ARL said.

Des Moines Police have arrested and charged Alaxandria Byron, 26, with one count of animal neglect – death or serious injury. She’s currently being held in the Polk County Jail while awaiting criminal proceedings.

This case of intentional and chronic animal neglect must be taken seriously. This sweet dog suffered severely for an unknown amount of time and could have died had caring people not stepped in.

Sign our petition urging the Polk County Prosecuting Attorney’s Office to prosecute to the fullest extent of the law the individual responsible for starving this sweet dog almost to death, including a lifelong ban on owning animals.