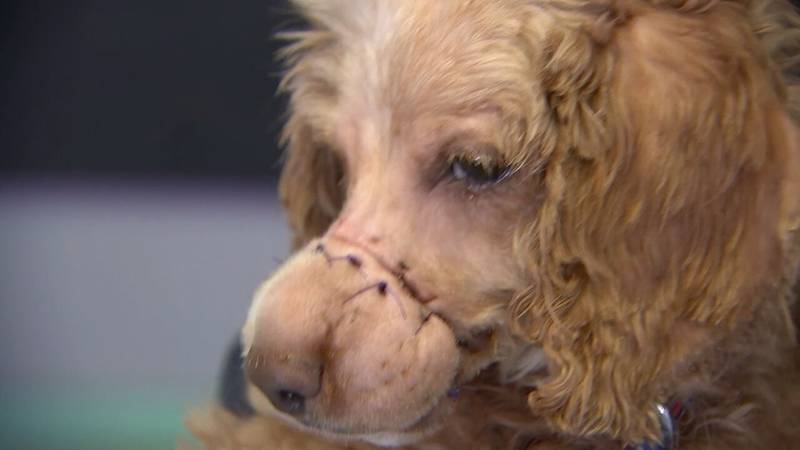 A dog was found emaciated with severe injuries in Boston after authorities determined a band or object was tied around the dog’s face, which caused a severely swollen muzzle.

A passing driver found the 5-year-old poodle mix running alone down a street and managed to get the animal into his truck, according to news reports. The rescuer turned the suffering, malnourished dog over to authorities, who then initiated an animal cruelty investigation that remains ongoing.

Fortunately the dog is reportedly on the mend after veterinarians surgically repaired her face and mouth wounds, which prevented her from eating, Animal Care and Control authorities said.

After tracing the dog’s ownership through a microchip,  Animal Care and Control officers were able to determine the last person to have ownership of this dog, who in no way deserved such horrific treatment.

People who perpetrate blatant animal cruelty like this must be held accountable. Sign our petition urging the Boston Police Department to thoroughly investigate and forward any applicable animal cruelty charges on to a prosecutor against those who committed this heinous act of animal cruelty.