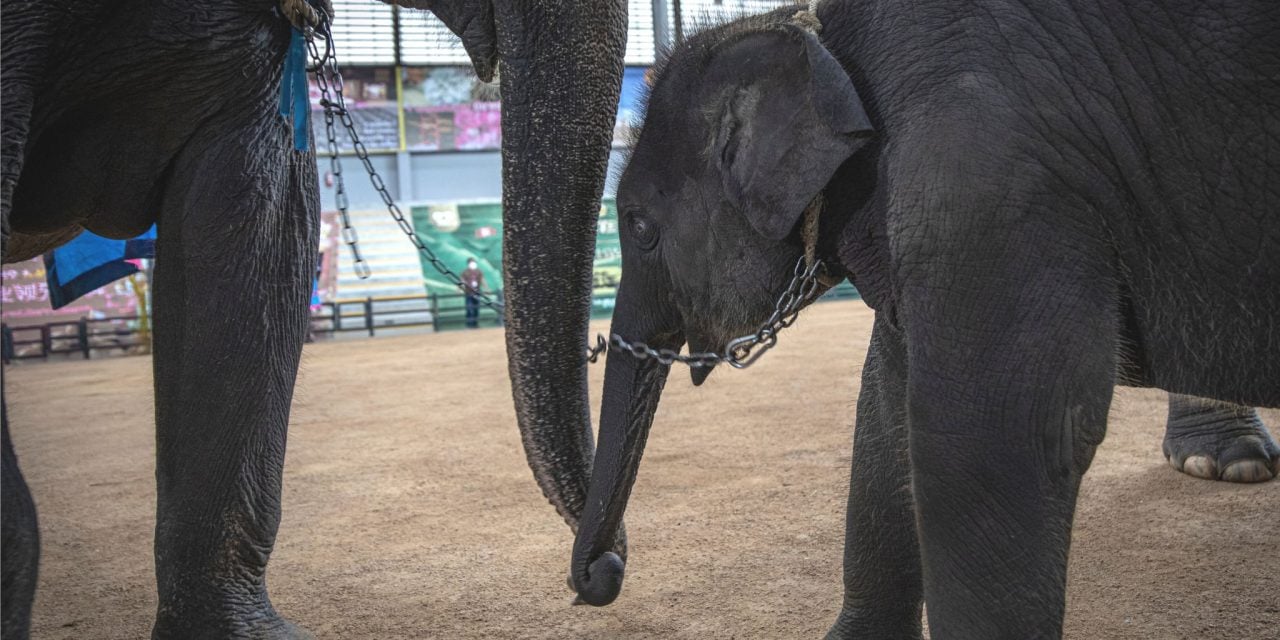 A chained mother elephant trying to nurse her baby, elephants stabbed with nails and bullhooks as they scream out in pain, elephants forced to give rides, and more: That’s what a new Lady Freethinker (LFT) investigation reveals.

At Khao Kheow Open Zoo in Bang Phra, handlers used nails – in an apparent attempt to hide the abuse from the public – to stab elephants, including a baby named Saan Suay, who was stabbed behind the ear and on her side, and another who was stabbed and had her ear yanked before screaming out in pain. Elephants were stabbed with nails at Nong Nooch Tropical Garden, too, according to our investigator.

Elephants showed signs of zoochosis – or psychological distress present in animals in captivity – including bobbing their heads, swaying back and forth, and pacing.

At Chang Siam Park, one elephant showing signs of zoochosis also had a wound visible on their cheek and a tear stain under an eye. At Samphran Elephant Ground and Zoo, one elephant paced back and forth, chained by the neck.

LFT’s investigator viewed frequent use of bullhooks — sticks with sharp metal hooks used to control the animals via fear and pain — including at Pattaya Elephant Village, where our investigator observed a handler sharpening a bullhook and another elephant snagged by the ear, causing the animal to scream out, and at Chang Puak Elephant Camp, where a handler forcefully hit an elephant’s hind legs with a bullhook.

At Chang Thai Thappraya Safari, our investigator spotted an elephant with bullhook marks on the face.

Elephants are sensitive and social animals who live in complex social groups and love their families. They’ve been known to console each other in times of stress by “hugging” with their trunks, they mourn the loss of their loved ones by caressing the bones of their late ancestors, and they have exceptional memories.

Abusing and exploiting elephants for “entertainment” and profits is unacceptable.

Then, share this petition with your friends and family, and remember to never support any place that exploits and abuses animals for “entertainment.”

LFT Investigates: Elephants are Being Stabbed with Nails and Chained in Feces in Thailand