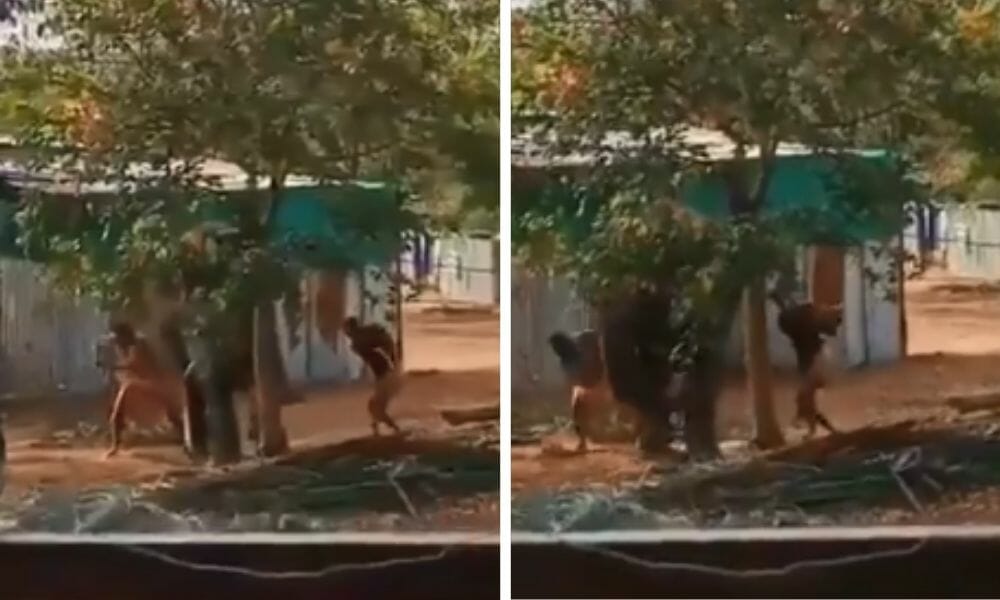 UPDATE (3/9/2021):  Jayamalyatha returned to the Thekkampatti camp on Thursday, March 4.  The men arrested for beating her — Vinil Kumar, 46, and Siva Prasath, 32 — were released on bail from the Avanashi sub jail on March 3, according to local news.  We urge prosecutors to treat the pending criminal case with the severity it deserves.

Chained to a tree, a 19-year-old Indian elephant named Jayamalyatha trumpeted in pain as her handler and his assistant beat her with sticks at the Thekkampatti rejuvenation camp in Tamil Nadu, India, The Hindu reported.

Disturbing footage captured on a visitor’s smartphone shows the men repeatedly hitting Jayamalyatha’s legs because she allegedly disobeyed her trainer’s commands, the Star reported. Each time a stick strikes the defenseless elephant, she lifts her leg and cries out in distress.

India’s Forest Department arrested trainer Vinil Kumar and his assistant Siva Prasath under the country’s Wildlife Protection Act. Kumar was suspended from his job following the shocking act of cruelty.

Jayamalyatha deserves justice, and the individuals who brutally beat her must face consequences for their actions. Sign this petition urging Environment Minister Prakash Javadekar to push for the thorough prosecution of the perpetrators, showing that animal cruelty will not be tolerated in India.