SIGN: Justice for Elderly Horses Punched and Assaulted With Rocks in Half-Hour-Long Attack 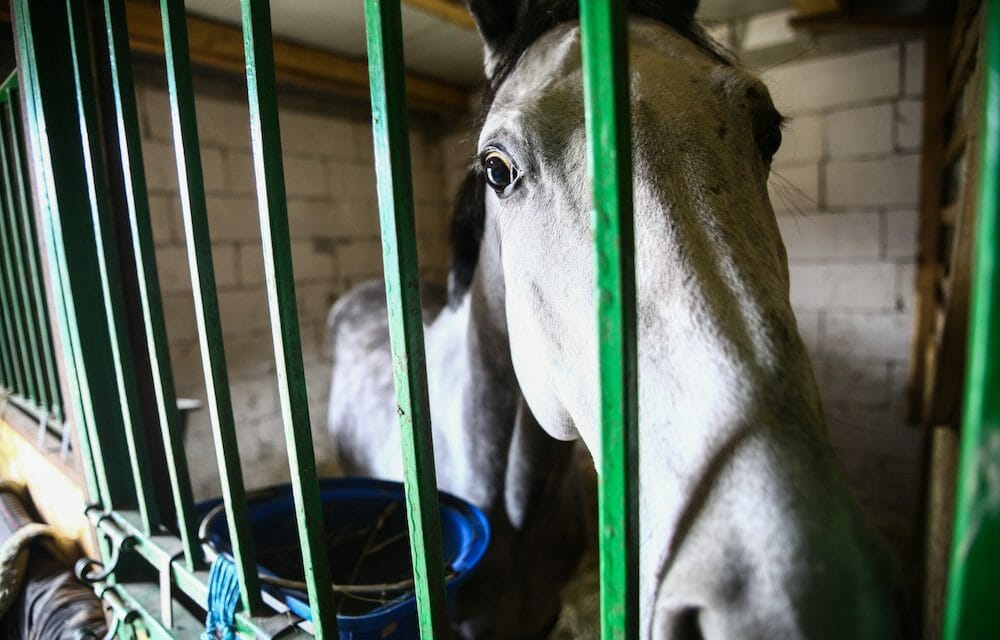 Two elderly horses confined to corrals were brutally assaulted with rocks and repeatedly punched during a half-hour long attack by two unidentified men in the dead of night in Desert Hills, Ariz., according to Fox News.

A surveillance camera caught the men creeping around a fenced-in corral after 1:00 a.m., hurling river rocks reportedly weighing up to 10 pounds at 30-year old Indy, a peaceful and retired horse who paced frantically from one end of the enclosure to the other, desperately trying to escape despite having nowhere to go.

“He was crashing into the rails, trying to do everything to get away from them,” Pietsch told ABC15. “They could have killed him.”

The couple checked the cameras after they noticed a large rock in the enclosure the morning after the assault.

That’s when they learned that Indy’s partner, a 25-year-old Palomino, also was viciously attacked.

While the horses are recovering, their guardians are devastated and the surrounding community is hurt, outraged, and on edge.

“These two horses are the sweetest horses,” said Dana Pietsch, the horses’ other guardian. “They did not deserve to be attacked in this fashion by anyone.”

The Maricopa County Sheriff’s Office (MCSO) investigated the videos but couldn’t identify the individuals due to poor video quality. Meanwhile, the Pietsches started a social media campaign, which resulted in numerous tips being sent to MCSO’s Animal Crimes Unit detectives.

Using those leads from community members, detectives arrested Lawrence Weinhart, 20, and a 16 year old, each on two counts of animal cruelty and one count of third degree burglary, MCSO said in a press release.

This abuse must be taken seriously and vigorously prosecuted to send a clear message that animal abuse and disrespect for people’s private property will not be tolerated. Letting the individuals responsible for this off with a warning or a slap-on-the-wrist could encourage future and escalating misbehavior.

Sign our petition urging that the Maricopa County Attorney’s Office prosecute the individuals responsible for this crime on all applicable trespassing and animal abuse charges.