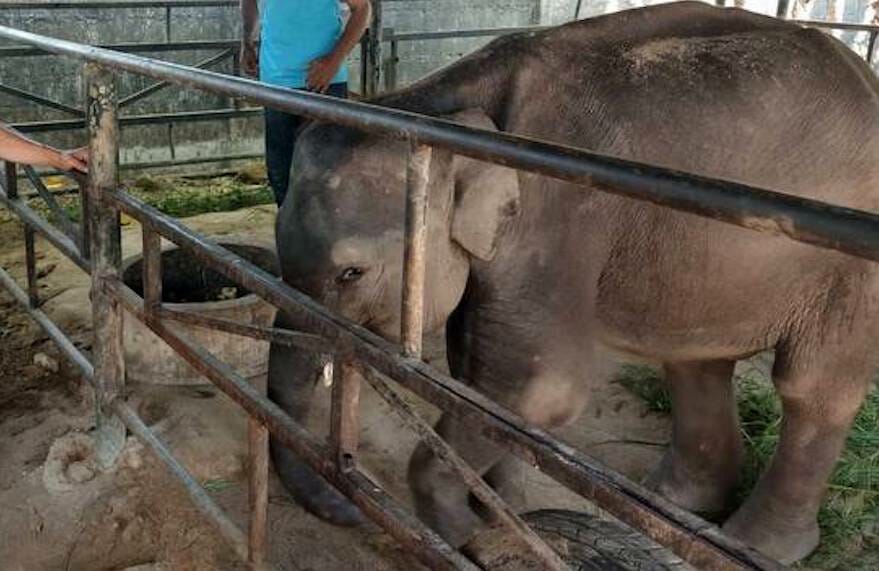 PETITION TARGET: Thai Ambassador to the US

Forced to perform day after day for hordes of tourists at the Phuket Zoo in Thailand, a skeletal three-year-old elephant died in agony a week after both his back legs snapped.

Named Dumbo by supporters, the elephant was malnourished, skinny and weak, according to animal welfare organization Moving Animals. Yet he was still forced to dance, “play” musical instruments, and perform tricks up to three times a day. Even when not performing, he had to stand on display for zoo visitors for hours every day.

Tragically, Dumbo’s strained body gave way under the pressure. When his front legs became stuck in a mud puddle on April 13, his brittle back legs couldn’t hold his weight, snapping as he struggled to free himself, reported the Phuket News.

To add to the torment, Dumbo was unable to stand for three days before staff even realized his legs were broken and took him to a hospital for treatment.

There, vets discovered he had been suffering from a chronic digestive tract infection for months, resulting in malnutrition and a host of other problems.

Dumbo’s abused body finally gave up on April 20th; he faded away and died at the hospital.

Sadly, this heartbreaking case is only one of many that often happen in Thailand’s zoos and amusement parks, where elephants and other wild animals are exploited for human entertainment.

Sign this petition urging the Thai ambassador to call for a ban on the use of elephants and other wild animals for entertainment, so no animal has to suffer as Dumbo did ever again.