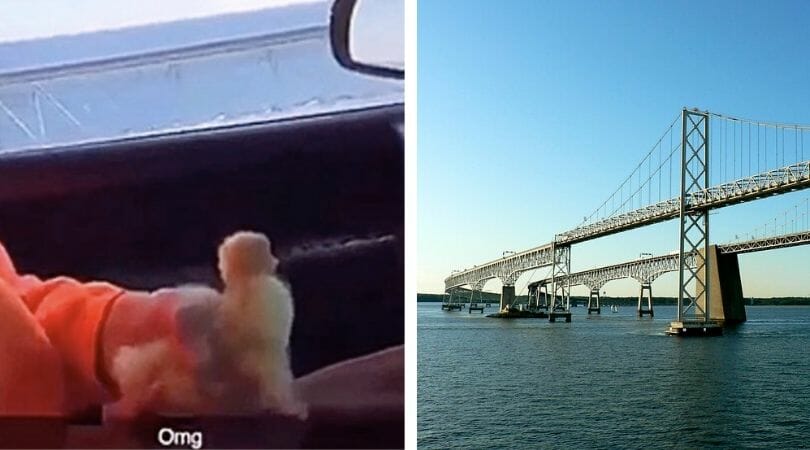 UPDATE (09/01/20:) Ethan Fowler was convicted of one felony count of aggravated animal cruelty for this cruel and disturbing crime. Mr. Fowler was sentenced to to one year behind bars, all of which was suspended, and five years of supervised probation. It is a shame that this crime was not treated with the severity it deserves.

In a heartless act of animal cruelty, a baby duckling was hurled out the window of a moving car and off the edge of the Chesapeake Bay Bridge, helplessly plummeting over 180 feet down.

Filmed on Snapchat, the disturbing video sparked widespread outrage, with many demanding the perpetrator(s) be brought to justice. The Maryland Transportation Authority Police responded and charged Ethan R. Fowler with two counts of cruelty to animals and two counts of aggravated cruelty to animals, and now, it’s up to the prosecutor to give this innocent duckling the justice he or she is entitled to. If convicted, Fowler could face up to three years in prison and thousands of dollars in fines.

Sign this petition urging Anne Arundel County State’s Attorney Anne Colt Leitess to prosecute the offender to the fullest extent of the law, showing that animal cruelty of any kind must be treated with the severity it deserves.