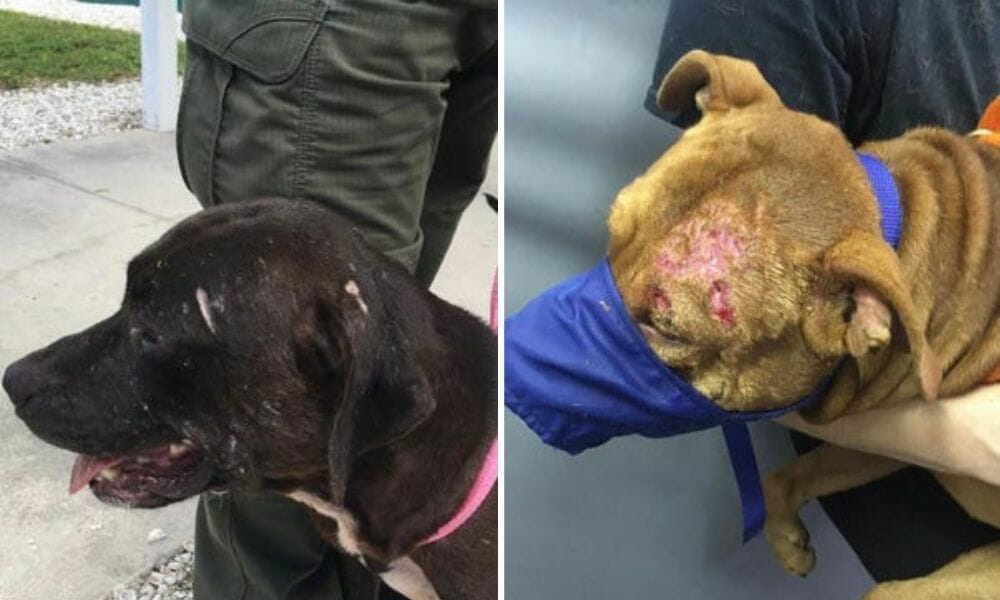 Found riddled with scars in outdoor kennels, nine helpless dogs are the most recent victims of an underground dog-fighting ring in Sarasota County, Fla., a month-long investigation revealed.

One pregnant female had a deep, gaping laceration on her chest, according to a report by the Collier County Sheriff’s Office, while another female showed severe signs of persistent abuse with over 100 visible scars and wounds. Two other abused pregnant females were found.

The worst male, only three years old, suffered nearly 250 scars and wounds, and all the dogs had injuries consistent with those involved in organized dog fighting, according to ASPCA forensic experts.

These innocent dogs’ mental scars matched their physical scars, as ASPCA behavioral scientists determined their behaviors to be consistent with other dog fighting cases, too.

Investigators also found an above-ground swimming pool filled with sawdust, which had a baiting device — standard equipment for dog fighting rings — attached to it, along with vials of suspected anabolic steroids and performance-enhancing supplements for animals, according to the Collier County Sheriff’s Office.

He denies the charges and claims the dogs suffered their injuries during breeding.

Sign this petition urging Collier County Attorney Jeffrey A. Klatzkow to prosecute the perpetrator to the fullest extent of the law, including calling for a life-long ban on ever having animals again.