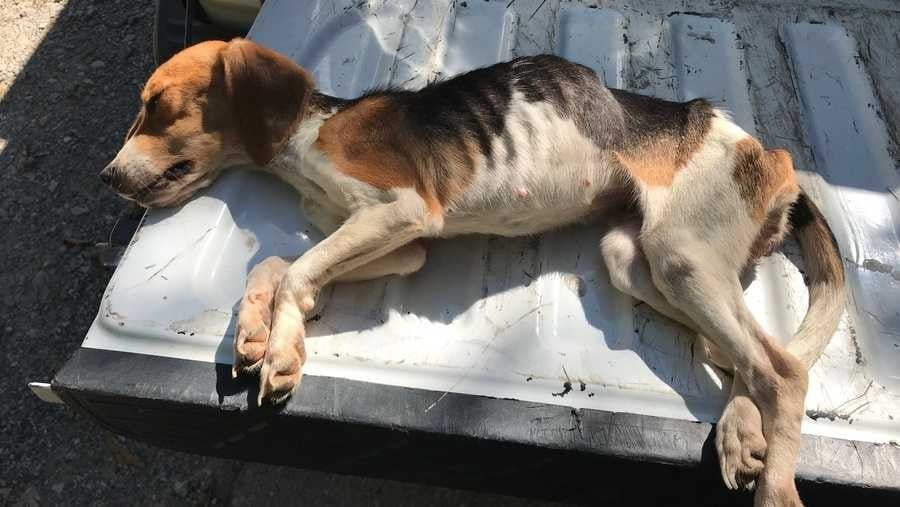 UPDATE (9/6/2022): Greg Rigdon’s next court appearance is a discovery conference scheduled for Sept. 19 at 10 a.m. in Room 1, according to court records. We’ll keep watching this case. —Lady Freethinker Staff

Emaciated dogs were starved in their cages and provided with rotting animals and skeletons or no food or water at all by their owner, a repeat animal cruelty offender, before being rescued in Edmondson County, Kentucky.

Law enforcement who fielded arrived at a residence on Indian Creek Road to find multiple severely malnourished dogs, according to WBKO.  While some of the suffering animals had rotting corpses or bones of other animals in their cages, others had no food or water at all — with authorities finding only one empty bag of dog food on the property.

Investigators also found the corpse of a “mummified” dog, chained to a dog house on the property, and the skeletal remains of several other dogs.

Authorities have charged Brownsville resident Greg Rigdon with five counts of second-degree animal cruelty and also with the torture of a dog with serial physical injury or death.

Rigdon has been charged with animal cruelty twice before, including in October 2017 when authorities seized four Beagle puppies, including one who was so emaciated that veterinarians initially considered euthanizing him.

On that occasion, years ago, authorities also found several deceased dogs on Rigdon’s property, according to news reports – but after Rigdon took a plea deal, he spent only 30 days in jail, with a 2-year probation period and a $570 restitution paid to the local animal shelter.

This repeat instance of extreme neglect is tragic evidence of why animal cruelty needs to be taken seriously and animal abusers need to be held fully accountable for their actions.

Probation and a fine for fatal animal cruelty is not justice. It’s not accountability. And it’s definitely not enough to send a message to animal abusers that they shouldn’t put more animals in dangerous – and deadly – conditions.

Sign our petition to Edmonson County Circuit Court prosecutors to treat this horrific case of repeat, fatal, and intentional animal cruelty with the severity it deserves – including a ban on owning animals for life.