SIGN: Justice for Dogs Returned to Man Who Reportedly Whipped Them Mercilessly 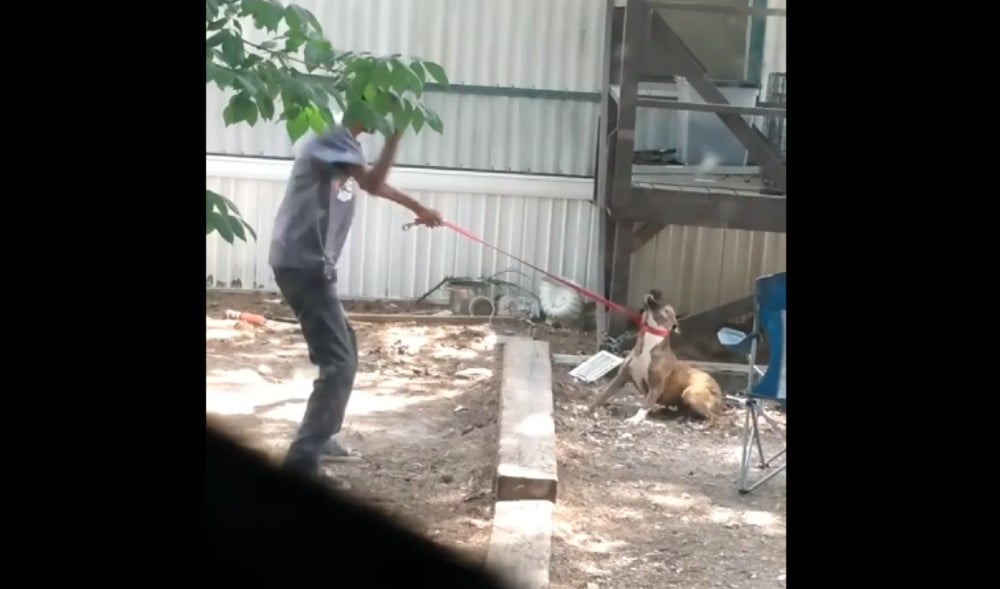 UPDATE (10/3/2022): Lorenzo Johnson has surrendered his two female dogs after the three dogs tested positive for heartworms, reportedly realizing he can’t afford to take care of them, according to KETK news. A male dog, named Big Boy, remains in his custody, with a veterinary appointment scheduled for six months out to ensure that remaining in Johnson’s custody is “in the best interest” of the defenseless dog, according to news reports. We’ll keep watching this case. —Lady Freethinker Staff

Three defenseless dogs who were repeatedly and mercilessly whipped have been returned to their owner at a mobile home park in Lufkin, Texas, pending a felony animal cruelty hearing, according to The Lufkin Daily News.

One of the park’s residents reportedly woke to the sound of dogs yelping and then saw them being whipped. She called police, who told her they needed evidence, and 40 minutes later – when the man started beating the dogs again – she recorded the cruelty, according to news reports.

The video went viral, reaching thousands of people within hours and causing public outcry and a flood of calls to local law enforcement. The witness later told news that she had seen the dogs being physically abused before, and that the man allegedly “would sit out there and laugh at them when he did it,” according to news reports.

Authorities arrested Lorenzo Johnson on a charge of felony animal cruelty and seized three dogs from the residence, taking them to a “safe” location.

But after Johnson posted a $7,000 bond and went home to await additional court proceedings, he also regained custody of the animals he reportedly was abusing, following a hearing presided over by Precinct 2 Judge Donnie Puckett, according to news reports.

Since that time, numerous people have called local news to report the abuse allegedly is continuing.

Sign our petition urging Angelina County prosecutors to treat this case with the severity it deserves, including a maximum ban on owning animals for the individual(s) involved in this horrific act of documented cruelty, restitution paid to an appropriate agency, and assurance that these dogs will be relocated to a safe and loving home.

We also denounce the decision to return animals to any owner accused of felony cruelty and are asking Judge Puckett to ensure that these dogs, and all other animals in abusive situations, are kept out of harm’s way in this and future rulings.