SIGN: Justice for Dogs Forced to Fight to the Death, Then Cooked and Eaten

Home » Animals » Dogs » SIGN: Justice for Dogs Forced to Fight to the Death, Then Cooked and EatenBy Monica Dubé 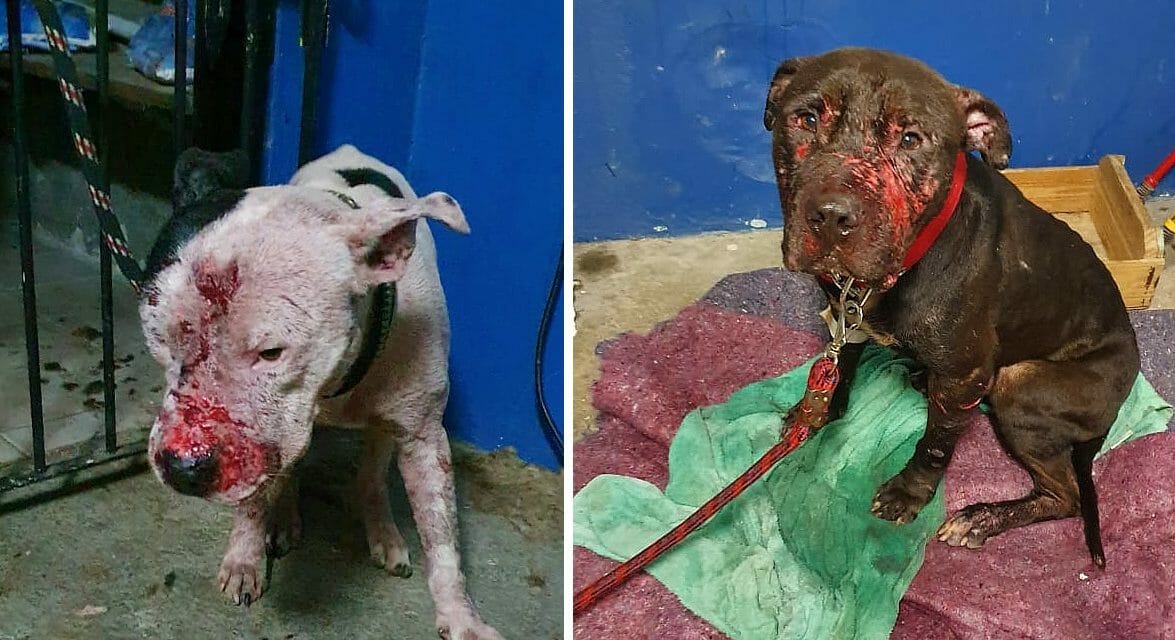 An international dogfighting circuit brutalized innocent dogs, stuffing pepper into their snouts to make them angry and forcing them to rip each other to shreds. The spectators roasted and ate the lifeless dogs that died from fighting.

“It was absolute horror,” stated Police Commissioner Matheus Laiola. “A dog that had died was being roasted for food, and pepper was inserted into the snout of the animals to make them angry for the fights.”

According to reports, an international dogfighting circuit hosted the dogfights and took online bets from people worldwide. One of the 40 people arrested, a veterinarian treated dogs solely so they could be forced to fight another round.

According to the Vancouver Sun, the people allegedly involved are currently facing charges of criminal association, mistreatment of animals with aggravating death, and gambling. Nearly all of them posted bail.

These barbaric acts of animal cruelty must not be tolerated. Sign this petition urging Brazilian Ambassador Nestor Forster to call for everyone involved to be prosecuted to the fullest extent of the law.