SIGN: Justice for Dog Brutally Gutted and Dumped in Trash 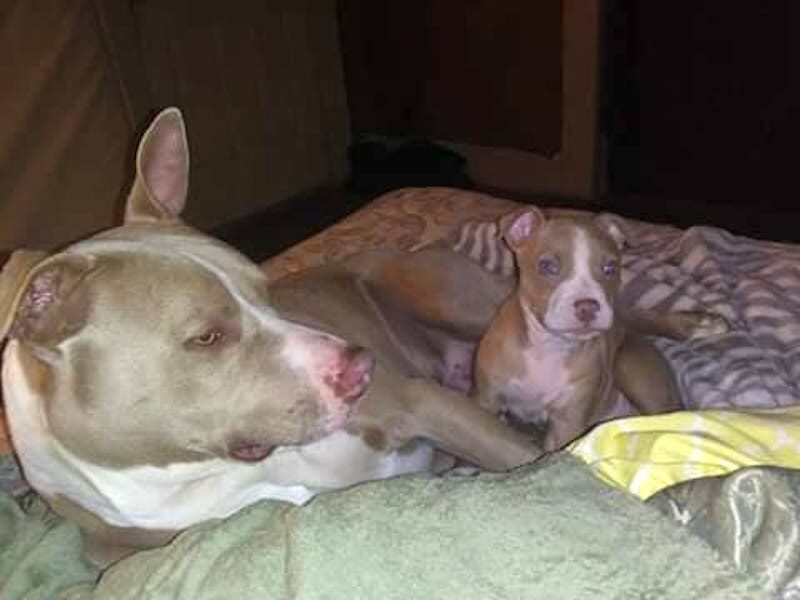 UPDATE (5/16/2022): Lady Freethinker sent our petition, signed by more than 30,800 people, to the Bastrop County District Attorney. Despite multiple check backs, we were not able to learn anything additional about this tragic case. We thank everyone who signed our petition and we will keep doing all we can for animals. — Lady Freethinker Staff

In a brutal and sickening case of animal cruelty, a man in Bastrop, Texas reportedly kicked and stabbed his dog to death before throwing the lifeless, bloody body in a garbage bin.

Neighbors allege this individual stomped on the pitbull, named Prince, before stabbing him in the head and rib cage, leaving a pile of intestines lying on the ground.

Deeply disturbed by the events, the witness says they removed Prince from the trash and buried him in their backyard.

On the advice of activists, they later retrieved the dog to take photos for evidence.

Local news agency KTVE 10 reports that animal control took the dog’s body away for testing, and say Bastrop Police have investigated the incident and turned the case over to the district attorney.

Anyone capable of this level of violence towards an animal should be dealt with appropriately by authorities before they hurt more dogs — or move on to attack humans.

Sign this petition urging prosecutors to treat this case with the severity it deserves, and work to ensure that the defendant never harms an animal again.