SIGN: Justice for Dog Stolen from Her Own Backyard and Beheaded

Home » Animals » Dogs » SIGN: Justice for Dog Stolen from Her Own Backyard and BeheadedBy Monica Dubé 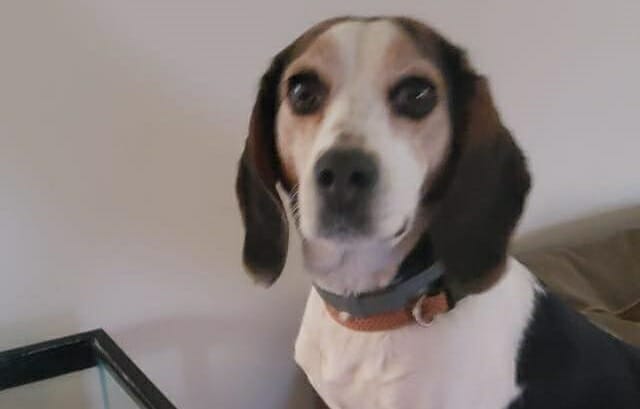 UPDATE (11/17/2021): Police Chief James Brown told Lady Freethinker that an exhaustive effort to follow every possible lead hasn’t turned up any suspects but added that this case will remain open. Anyone having credible information should call the East Palestine Police Department at 330-426-4341, Brown said.

“This was an unspeakable crime, and it will remain open until those responsible are held accountable,” he said via email.

We applaud the East Palestine police department for taking this case seriously, keeping the case open, and being willing to follow up on any new information that comes to light. We’ll continue to check in for updates.  —Lady Freethinker Staff

Stolen from her own backyard, an innocent beagle named Trouble was found dead after the thief returned her decapitated head to the scene of the crime.

Trouble’s guardian, Barbara Greaves, reported her missing on January 3, and two days later, Barbara’s son, Scott, made the horrific discovery: Trouble’s head, cut off from her body, lying in their backyard.

“I thought they got a new ball to play with because I saw a white ball,” said their neighbor, Diane Kelly, “then Scott later on told me … that was Trouble’s head you saw. I can’t get it out of my head. It’s all I can think about.”

The person responsible for this heinous crime has yet to be found. Anyone capable of such a barbaric act is a threat to all living creatures. Law enforcement must get to the bottom of this investigation before others are harmed or killed.

Sign this petition urging Police Chief James Brown to use all available resources to find the perpetrator responsible for Trouble’s brutal murder.

This is an ongoing investigation. Anyone with information about this incident can contact Ohio’s East Palestine Police Department at 330-426-4341. There is currently a reward of $10,000.