SIGN: Justice for Dog Shot So Severely His Leg Was Amputated 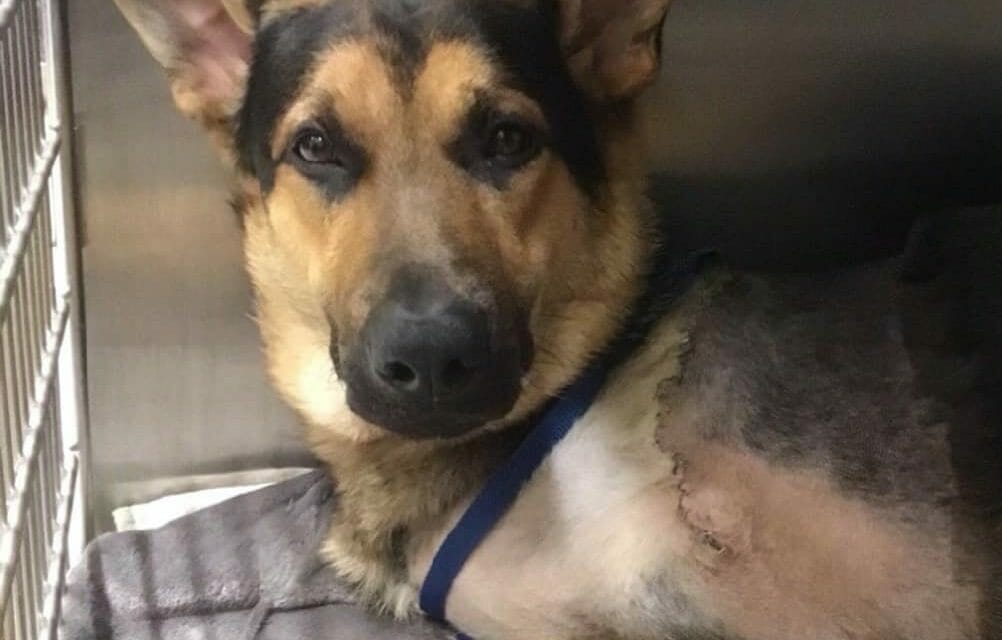 UPDATE (12/27/2022): A judge has granted Derby permanent custody of Thunda, which will allow Shelton/Derby Animal Control to start making long-term arrangements for this innocent animals. Meanwhile, Singletary is scheduled for a plea hearing on February 23 and Perrin is scheduled for a next proceeding on Jan. 12, according to court records.

A young German shepherd had to have his leg and shoulder amputated after being ruthlessly shot twice, allegedly by his owners, in Connecticut.

One bullet shattered the dog’s front leg and another round embedded in his shoulder, according to News 12 Connecticut. Due to his gruesome injuries, the dog — now named Thunda — had to undergo an amputation and receive around-the-clock care at a veterinary center, whose staff added his road to recovery will be long.

Police had received a call, allegedly from the dog’s owners, saying the injured animal appeared to have been hit by a car. An investigation involving surveillance footage and guns found in the people’s possession near the scene of the bloody incident led authorities to believe the callers, who deny they own Thunda, actually shot the dog, according to news reports.

Intentional acts of brutality against animals must not be tolerated. Sign our petition demanding authorities treat this case with the severity it deserves, and call for a lifelong ban on having animals.

Anyone with information about the investigation is asked to call the Derby Police Department at 203-735-7811.