SIGN: Justice for Dog Shot and Killed in His Own Yard by Police

Home » Animals » Animal Rights » SIGN: Justice for Dog Shot and Killed in His Own Yard by PoliceBy Lex Talamo 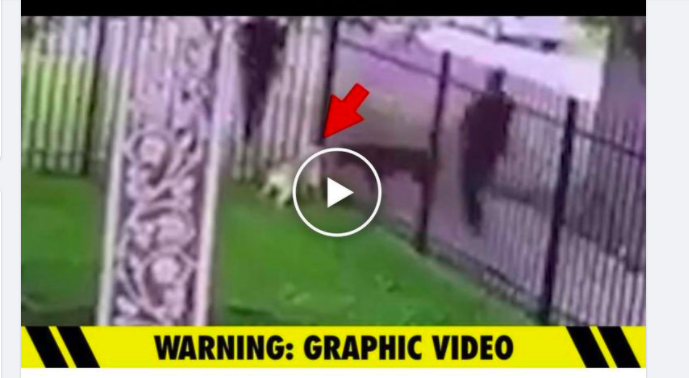 UPDATE (3/10/2022): Rosemary White, the guardian of dog Chino, has sued the city of Detroit and the police officer who fatally shot her dog in Wayne County Circuit Court. We’ll keep watching this case. —Lady Freethinker Staff

A home video caught the point-blank killing of a pit bull standing in his own fenced-in yard by a Detroit police officer.

Footage shows the officer struggling to keep her leashed service K-9 away from the fence — which resulted in the pit bull biting the officer’s dog in the nose — before shooting the dog in the head. He squirms violently on the ground before finally succumbing to the fatal shot.

A 2016 investigation found plenty of other examples of Detroit police shooting companion animals, as the department paid out more than $460,000 to settle multiple lawsuits brought by pet owners since 2015.

One police officer had shot 80 dogs over the course of his career, according to the investigation.

“Should there be an investigation into what happened? Absolutely. I am outraged,” Burton told WDIV-TV. “This would have been preventable if only the officer had control of the K-9.”

Detroit police officers must be held accountable for using deadly force against dogs.

Sign this petition to call for a thorough investigation into the killing of this pit bull, and for a review of officer training in deadly use of force with animals to prevent future tragedies.