SIGN: Justice for Dog with Paws Screwed Into Door Frame with Power Drill 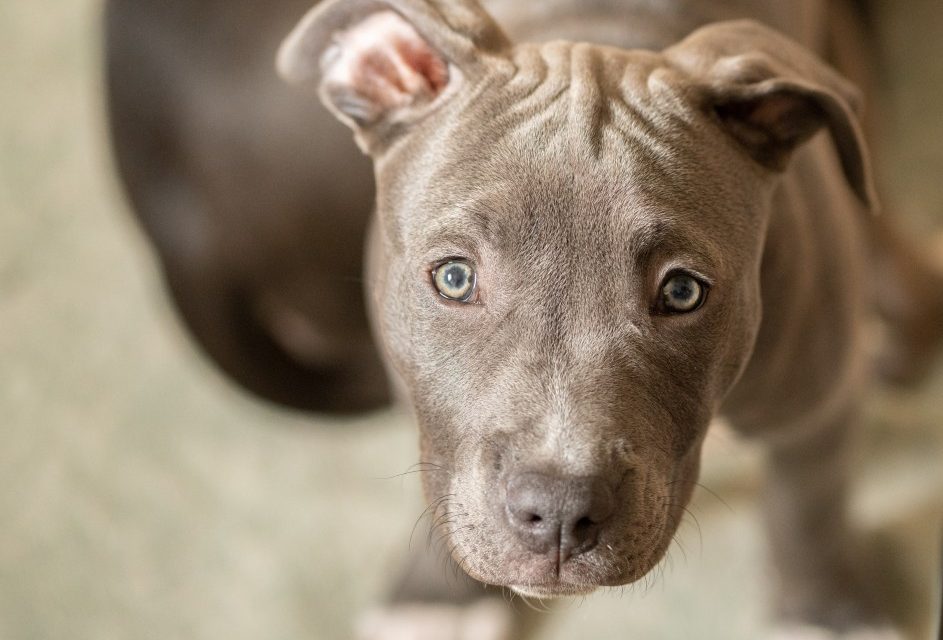 UPDATE (11/28/2022): Tyler Jerdo pleaded guilty to one count of ill treatment of animals and also was convicted of counts for resisting arrest, failure to stop for law enforcement and possession of methamphetamine with intent to distribute. The 8th Judicial Circuit Court Judge sentenced him to four years imprisonment, along with a multi-year suspended sentence and three years probation, according to news reports. Thankfully, the innocent dog in this case has since been given a new name — Liam — and a loving forever home. Thank you to everyone who signed our petition on behalf of this sweet dog! — Lady Freethinker Staff

A helpless puppy suffered unimaginable pain and trauma after a man barricaded him in a bathroom and then used a power drill to screw his front paws to the doorframe in Union County, S.C.

Officers removed a 4-inch screw from one of the puppy’s paws but had to pull his other paw through the screw, which was buried so deep that they couldn’t see it. Deputies described the puppy as “weak,” with no knowledge of how long he had been left in the horrific situation, according to WSPA.

A county employee who had left the residence described the puppy’s plight to the Union County Sheriff’s Office, saying that the individual responsible was “under the influence of something strong.” Deputies who arrived on scene found the bathroom door blocked by barbells, a bird bath, an air conditioning unit, and several other large impediments.

As they began clearing a path to the door,  another deputy climbed through the bathroom window and found the poor animal “tired and limp” and in a “standing position” due to the painful screws through his front paws. During the investigation, a man arrived and reportedly resisted arrest, including reportedly head-butting a deputy, according to the sheriff’s office.

Authorities have arrested Tyler Jerdo, 22, of Union County, S.C., on multiple charges, including ill-treatment of animals, resisting arrest, escaping, and possession with intent to distribute methamphetamine. He is being held without bond at the Union County Detention Center.

Under South Carolina state law, people convicted of animal abuse as a first offense can face only up to 90 days in jails and fines of $90, while those who torture animals can face up to two years in jail and fines of up to $2,000.

Animal cruelty is linked to all forms of human abuse, from domestic violence to sexual assault. Yet despite clear evidence suggesting the connection between animal abuse and future criminal behavior, authorities too often fail to treat cases of animal cruelty with the same severity as violence against humans. This unbelievably cruel act against an innocent animal must be taken seriously, regardless of the individual’s state of mind at the time of committing it.

Sign our petition urging Union County Solicitor Kevin S. Bracket to prosecute those persons responsible for this unimaginably cruel and senseless crime to the fullest extent of South Carolina law.